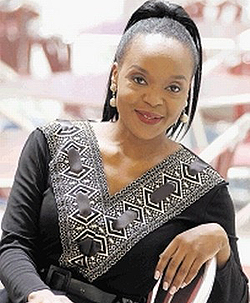 FORMER ZBC and SABC news anchor Alice Chavunduka who died in Johannesburg on Sunday, suffered an epileptic seizure in her home a week before her death.
Young sister Thandiwe Chavunduka Muluswela told SW Radio Africa that it’s believed the 46 year-old collapsed on New Year’s Eve.
She was found unconscious and was rushed to hospital where she spent a week in a coma, before her death over the weekend.
The talented radio and television personality was involved in two serious road accidents, one of which left her suffering from epileptic fits.
Alice was the daughter of Professor Gordon Chavunduka, a well-known academic, who served as vice chancellor of the University of Zimbabwe from 1992 to 1996 before retirement. He was also an author of several books on traditional medicine.
Thandiwe said funeral arrangements are yet to be finalized but Alice’s body will likely be repatriated to Harare before the end of this week.
Mourners are gathered at the family home in Mount Pleasant, Harare.Advertisement