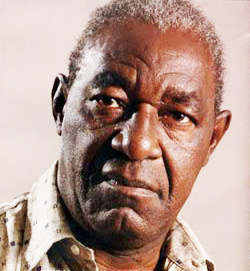 I ADORED the soulful action on Thursday nights.
Lovemore Majaivana could do the classic leg shuffle and shimmy with resourceful elegance noticeably better than the self-styled godfather of soul, James Brown, and Prince Roger Nelson ever could.
So, although I could not understand what Umoya Wami was about, the excruciating and impassioned sensations Majaivana crafted caressed this tender soul of mine and made me feel enthusiastically human and one hundred percent Zimbabwean.
His music transcended racial boundaries and created a rich and infectious landscape upon which a broad cultural identity and national ethos could be carefully painted on.
The clean and sweet pop rhythms Majaivana composed coloured the soul and fabric of civilisation in timeless melodies that countless vocalists could only dream of making.
While Thomas Mapfumo had shaped an extraordinary mbira infused beat upon creative, ethnic representations of African culture and tradition and national freedom, Majaivana brought a certain and unrelenting energy to entertainment that made the musical scene an undeniably electrifying and unifying force.
So could Oliver Mtukudzi: his loud and reflective cries on Jeri evoked painful sentiment and reminded us all of the man-made umbilical cords that tie brothers and sisters from different mothers.
Mtukudzi’s condemnation of death in Madzongonyedze and Seiko Mwari moved us to tears and transported the sad realisations of our last breaths closer to home.
Where Mtukudzi made us sob and feel human and vulnerable and shoulder the unsolicited burden of undeniable mortality with fearful and unenviable reluctance, Safirio Madzikatire made us laugh and feel alive through the bizarre and excitable character of being an awkward, scheming and humble Zimbabwean.
The set upon which the Mukadota series was filmed could have cost Z$500. Yet nobody can ever calculate the happiness Madzikatire inspired in the masses. His routines could rival and outclass luminaries of the stage and screen like Redd Foxx and Chris Rock and Eddie Murphy without a shadow of doubt.
The talented band of actors who accompanied him could definitely match and surpass the entertainers behind Sarafina and Ipi Tombi in South Africa.Advertisement