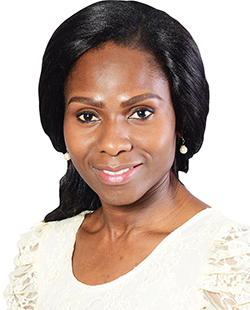 AN all-female visual arts exhibition under the theme “Discolored Margins”, featuring five female artists, is currently running at the National Arts Gallery of Zimbabwe to coincide with the International Women’s Day celebrated every year on March 8.
The exhibition, which is funded by the Embassy of Switzerland in Zimbabwe, EcoCash Zimbabwe and UN Agencies together with Cultural Development Partners, and will run until May 5.
A discussion platform around the exhibition under the Harare Conversations programme, will take place on the 17th of March 2017 from 2-4pm at the National Gallery of Zimbabwe.
According to the curatorial statement, Dis(colour)ed Margins features works from visual artists Annie Mpalume, a Zimbabwean female photojournalist, Kameelah Jana Rasheed (USA), Nyaradzo Dhliwayo (Zimbabwe), Sethembile Msezane (SA) and Kudzanai Violet Hwami (a Zimbabwean artist based in the United Kingdom).
The title of the exhibition is inspired by the fact that all of the artists in the show are people of colour, who make work about marginalized groups.
“All of the artists in this exhibition are contributing to the pertinent conversations regarding the politics of women’s bodies, race, migration and displacement,” the statement reads.
“The work takes viewers through a range of problems and straightforwardness relating to the experience, perception, and representation of the female.
“They reflect critically on dilemmas connected with representing the black female in messages of mass and social media generated consumption of violence and suffering, on society’s inclination to anesthetize callousness, and on the systematic exclusion that make some human lives worthy of protection and saving and others not.”
The exhibition, which is being curated by two female curators Fadzai Muchemwa and Tandazani Dhlakama, offers a rare alternative of visual arts that narrates the politics of women’s bodies, race, migration and displacements.
It seeks to expose the restrictions that women still face, be it in politics, business and society in general, despite the considerable steps that they have taken towards achieving equality in all spheres of life.
“In many parts of the world today, being a woman, being a foreigner, being part of a previously oppressed majority, being a minority, being of particular religious persuasion or generally existing in a periphery still means being ghettoized, omitted, displaced, or silenced.Advertisement

“In the margins of society, there exist as well barriers that determine whether or not one is awarded access, and if so how much access one gets. As a result, instead of rainbow nations, injustice, inequality and institutional suppression cloud over the value of diversity,” the statement adds.
The artwork on exhibition contributes to the relevant discussion regarding the politics of women’s bodies, race, migration and displacement of women.
“The project explores the many challenges experienced by women. It also seeks to defy consciously assumed racist notions of the black body, femininity and masculinity. It looks at the passage of migration, dislocation and multicultural identity.
“The reason is, in spite of monolithic achievements in terms of promoting egalitarianism, and bringing alternative narratives to the fore, institutional racism, objectification and dominance of the woman’s body, xenophobia and subtle segregation crop up in ugly ways around the world.”