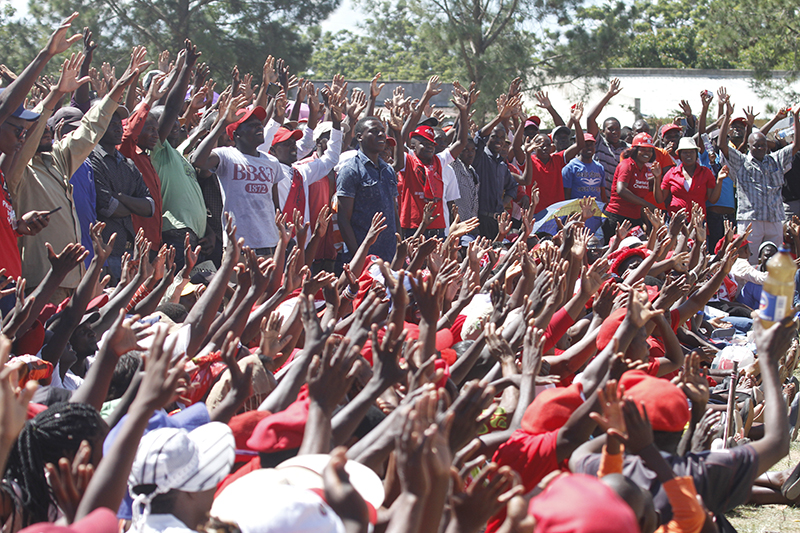 THE opposition MDC, has scoffed at claims its congress procedures are being manipulated in particular to facilitate party leader Nelson Chamisa’s unchallenged election at the elective indaba on May 24.

MDC spokesperson, Jacob Mafume early Tuesday insisted in an interview with newzimbabwe.com that party secretary general Douglas Mwonzora has chosen to contest for the position of secretary general and all is well.

“Everything is fine. Mwonzora is here in Masvingo and has chosen to contest for the position of secretary general.

“We are aware that some people are out to soil his (Mwonzora’s) image by making outrageous claims about our procedures and processes. But I can assure you everything is transparent,” said Mafume.

Mwonzora, who was expected to challenge Chamisa for the MDC presidency at the weekend told party supporters that he had thrown in the towel and would now contest for his current post.

The former Nyanga North MP, was yet to be nominated for the presidency amid claims Chamisa and those close to the 41 year-old leader had made it “almost impossible for anyone else to be nominated.”

However Mafume said all MDC standing committee members including Mwonzora are given a chance to canvass for votes.

“All standing committee members attend provincial congress without fail. They are given a chance to canvass for votes once the provincial executive is in place.

“There is no way that the president (Chamisa) isolates himself with the structures in order to force them to nominate him. This is why we have our processes in open spaces,” the MDC spokesperson said.

On Monday, Mwonzora cried foul claiming he had pulled out of the presidential race in protest.

“Under the current process, I am no longer interested in the presidential race because certain concerns that I raised internally with the independent commission have not been redressed.

“These were confidential internal matters but if we fail to address them, they have the effect of dividing the party and I don’t want to be part of that division. It is for that reason that I am no longer interested in the presidential race,” said Mwonzora without elaborating.

Mafume also dismissed claims of violent clashes between rival groups during the congress at lower structures.

“There has not been any report of violence anywhere. Its lies,” said Mafume.

Reports claim an activist was injured in Chitungwiza after an attempted deliberate run-over by a rival. It has also been reported that an opposition MP’s car was used in the incident. In Mashonaland East one MDC activist was arrested after violent clashes broke out in Marondera.