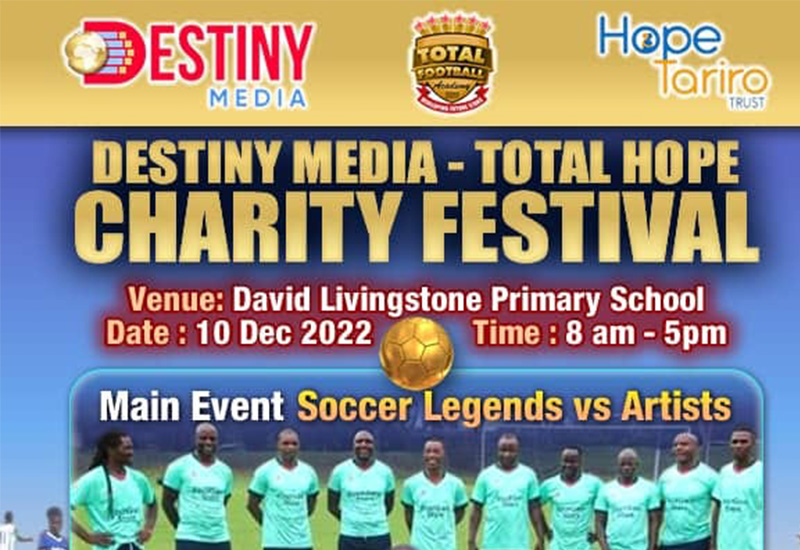 DANCEHALL chanter King Shaddy and former Caps United defender David Sengu have promised a top drawer performance when they clash in a charity football match between musicians and football legends at the Destiny Total Tariro-Hope Charity, Saturday, in Harare.

The two lead two star-studded teams that will be the main exhibition at the event whose proceeds will benefit charities in and around Harare.

The event is being held at Allan Wilson School.

Speaking before their training session this week, King Shaddy who is a former Dynamos junior encouraged people to attend in numbers, stating they were ready to surprise them on the day.

“We know Sengu and his team are always training but I tell you they should not underrate us, we are also footballer,” said King Shaddy.

“Watch out for Shinsoman, Baba Divante, Nesto and ExQ, Mr. Putiti. Expect drives right to our chests from Mr. Putiti.

“We are doing this to help those in need and we will be putting our all for those who will be there, those who will follow the event and those who really need the resources.

“As musicians we are institutions, we sometimes sit, even with footballers and ask ourselves what we could do for people in different communities who might need our help, this is a good initiative which we need to take up consistently.”

“This is mostly to do with having fun with people who need our assistance,” said Sengu.

“We should not be doing this only during the festive season, we should at least do it quarterly, we have a lot of people who could benefit from our efforts and on Saturday we will be giving our fans the time to interact with everyone as we know they might not have a chance to meet them ordinarily.”

The programme will start with junior football matches between Total Academy and Archford Gutu’s Academy before the main match.

Added King Shaddy: “The match will end 3-1 in favour of Musicians FC, Baba Divante will score, the top striker Freeman will score and finally Mr. Putiti will throw in a header. All three assists will come from Baba Divante.”

Sengu, currently analysing football on local broadcasters said a draw for the musicians will be the best they could get out of them. 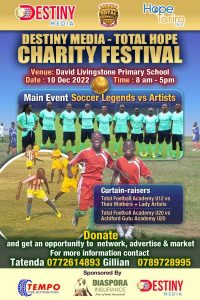