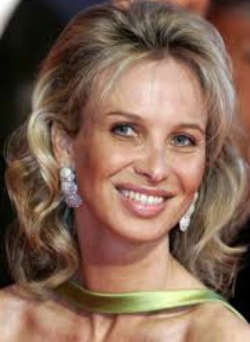 ALL is in place for the Miss Tourism Zimbabwe finals set for Friday at the HICC, with Germany Princess, Corinna Zu-Sayn Wittgenstein, gracing the rebranded red carpet event.
In a press statement, Miss Tourism Zimbabwe spokesperson, Alson Darikayi, confirmed the developments.
The princess, as well as dignitaries from Africa, are expected in Zimbabwe on Thursday ahead of the swanky mega-event where First Lady Grace Mugabe will be the guest of honour.
“I passionately believe in the importance of mentoring young women and help them find their voice.” said the Princess.
Media personnel for the Philanthropist, Salamander Davoudi said the princess was not new to Zimbabwe soil as she has visited on various occasions on business.
“Corina is a long-time advocate of women’s empowerment and her upcoming visit to Zimbabwe reflects her commitment to raise awareness for women’s cause across Africa.
“She will be attending the pageant and looks forward to meeting the finalists hearing their ambitions,” said Davoudi.
The highly contested beauty gala initially had 18 contestants, but only 15 will seek to outdo each other on the ramp this Friday.
The 15 are Lippie Ndagura, Melissa Bure, Sindiso Ndlovu, Lauren Macintosh, Evermore Njanjamangeza, Kudakwashe Matepura, Shirley Anne Lindsay, Nonhlanhla Dube, Chiedza Chinake, Ashley Morgan, Merelin Ngwenya, Gamuchirai Mutero, Courtney Matende, Memory Chapinduka and Anesu Hokoyo.
The show will last for two and a half to three hours with the girls taking to the ramp as from 8PM.
Before that, there’ll be speeches from Grace Mugabe, Minister of Tourism, Walter Mzembi and the patron Barbara Mzembi.
Advertisement