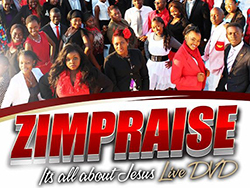 HIGH flying gospel ensemble, Zimpraise kicked off its four-city Australia tour on Friday, celebrating 10 years in the industry.
The 15-member band started its tour in Sydney at the Redgum Centre in Wentworthville after which they will perform in Brisbane alongside Lupane-born gospel sensation Fortune Ruzvidzo on Saturday.
The final two concerts are set for Sunday and Monday in Melbourne and Perth respectively. Zimpraise spokesperson Tendai Zhou said they were excited about their maiden Aussie tour.
“We are all hyped up and excited about our ground breaking Australia tour. It’s our first time in all these cities and we are anticipating a great turnout from all our friends in Australia.
“We’re looking forward to meeting all our social media friends and apart from the concerts we can’t wait to see the famous kangaroos,” Zhou said.
Over the last 10 years, Zimpraise have unearthed new talents and launched many careers. They have an upcoming DVD and will give a taste of what fans can expect during this tour.
Brisbane promoter Amos Maseva said the tour had drawn a lot of interest from Zimbabweans and Africans based in the subtropical capital of Queensland, Brisbane.
“Brisbane hasn’t had an event with Zimbabwean musicians in a long time, so there is much excitement and people are looking forward to it,” Maseva said.
Meanwhile, Ruzvidzo, who released her maiden single last year, said it was an honour to share the stage with Zimpraise.
“I was surprised when they asked me to sing at the Brisbane concert. They’ve done so well both back home and internationally and I look forward to the concert,” she said.
Zimpraise have previously toured the United Kingdom, the United States of America (USA), Canada, Botswana and South Africa.
The group was formed in 2006 and its first project featured prominent musicians like Pastor G, Gordon Taurai Nzira, Bethan Pasinawako and Tawanda Pashapa. They have since gone on to produce six DVDs since then. Advertisement