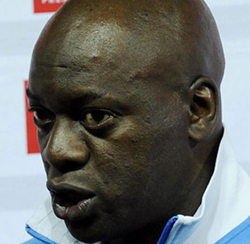 Zimbabwe 0-0 Zambia
ZIMBABWE were left with a mountain to climb in their quest to qualify for the 2014 African Nations Championships (CHAN) after they were held to a 0-0 draw by Zambia in the first leg, final round qualifier at Rufaro Stadium on Sunday.
The second leg takes place at the Levy Mwanawasa Stadium in Ndola on August 24.
While coach Ian Gorowa remained optimistic, Chipolopolo coach Herve Renard is confident his men will progress to the finals to the hosted by South Africa next January.
“It was a good result for us; we did not score and they did not score which leaves the second leg still balanced. However, I feel we created a good number of chances in both halves that we should have converted,” Gorowa reflected after the match.
“We attacked throughout the match and defended very well and I am sure we will come up with a goal or two in the second leg.”
Renard said: “I think this is good for us. We will not be chasing the game in the second leg as we did not concede here and I’m sure we will qualify.”
Zimbabwe’s man of the match, Peter Moyo, forced goalkeeper Daniel Munyau into a brilliant save early in the match.
Munyau also denied Milton Ncube in the 7th minute and three minutes later gathered from Tendai Ndoro’s feet as Zimbabwe threatened.
Fackson Kapumbu rackled the cross bar with Warriors goalkeeper Tafadzwa Dube beaten in the second half while Festus Mbewe and Bruce Musakanya also had their chances but failed to find the target.
Tawanda Muparati had a nightmare of an afternoon after coming in the second half, losing possession unnecessarily which put the Zimbabwe defence under constant pressure.
Defender Eric Chipeta twice shot over the bar from free kicks in good positions as the Warriors continued to waste chances.
The hosts were nearly made to pay in the 77th minute when Kabaso Chongo’s free kick forced Tafadzwa Dube into a brilliant save.Advertisement