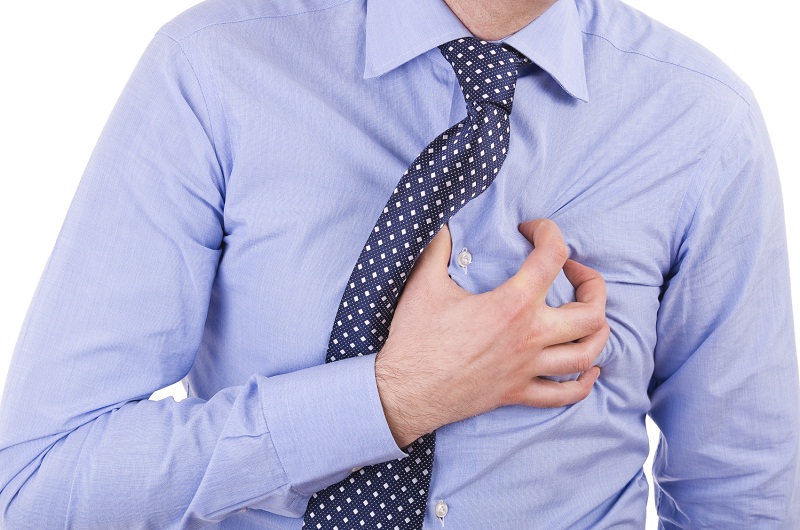 Alone at a health clinic in a small, remote seaside settlement in Australia, a 44-year-old nurse sensed he was having a heart attack and sprang into action, saving his own life, a report said Wednesday.

The man, whose name was withheld for privacy reasons, experienced severe chest pain and dizziness while he was the sole medical professional on duty at a nursing post in Coral Bay, more than 600 miles (1,000 kilometers) from Perth, the capital of Western Australia, said the account published in the New England Journal of Medicine.

With the next medical facility 90 miles (150 kilometers) away and no one else around to help, he hooked himself up to an electrocardiogram (EKG), which showed a complete heart block that may have been due to an evolving heart attack.

The man then performed another EKG on himself, which confirmed the diagnosis of a heart attack.

He emailed the results to a doctor via the Emergency Telehealth Service (ETS), and found an emergency physician to talk with him via real-time video.

Then, he inserted intravenous (IV) lines in both of his own arms and self-administered drugs including aspirin, blood thinners, painkillers and a clot-dissolving drug called tenecteplase.

“He attached his own defibrillator pads and prepared adrenaline, atropine, and amiodarone,” which are drugs to treat heart rhythm problems, said the report.

As it turned out, the clot-busting drugs worked, and the heart attack subsided.

He was flown the next day to a cardiology unit in Perth, a stent was inserted in the coronary artery that had grown blocked, and he went home two days later.

Experts said his extreme, do-it-yourself, MacGyver-like approach would not be recommended for most people.

But the use of the clot-busting drug is standard procedure for people who are far from a hospital, and his own medical knowledge likely contributed to saving his own life.

“It was quite genius to be able to do all these things,” said Brandon Godbout, vice chair of the emergency department at Lenox Hill Hospital in New York.

“When nobody else is around, what do you do? This person seemed to have quite good experience in emergency care, based on their confidence in managing this severe situation,” said Godbout, who was not involved with the case but said reading about it made him smile.

“I think telemedicine is crucial to dealing with these sorts of emergencies,” Godbout added.