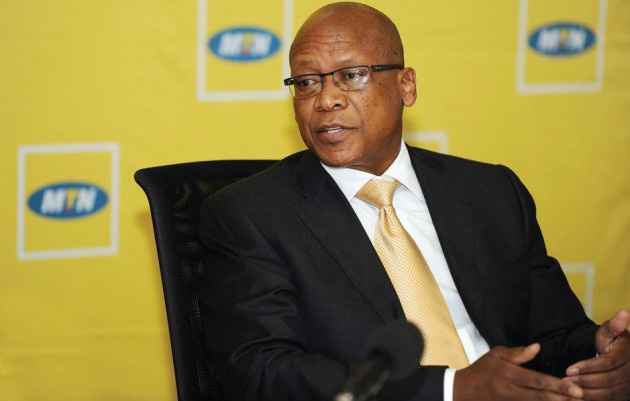 FORMER MTN group chief executive Sifiso Dabengwa, 57, who resigned Monday, is not going to be missed much in corporate circles.
People who have interacted with him say his aloofness was palpable.
He was the sort of leader who led with his intelligence and from the sanctuary of his office rather than by mingling with the troops.
“He leads with his brain and not the heart,” said a consultant who had met Dabengwa and found him to prefer having an autocratic, strong approach to leadership.
Very little is known about the man that is unlikely to be forgotten anytime soon and to those in the know, that is precisely how he preferred to live his life.
Dabengwa hails from Zimbabwe and has a degree in electrical engineering from the University of Zimbabwe and a master of business administration from Wits Business School (WBS).
“He is intelligent; he comes across as that but not the listening type; his people skills do not seem to match 2015,” a source said.
In a profile published in the WBS journal, Dabengwa is portrayed as fiercely private and finds talking about himself uncomfortable, and being photographed disconcerting.
He mostly refers to himself as “one” rather than “me”, and speaks very softly.
“From the short time we spent together, my sense was he would rather have stood naked in the freezing cold than answer my questions while being photographed,” the WBS article recounted.
Dabengwa said in that profile that he was a sports lover.
“I always play sport – squash, tennis and soccer – but not seriously. I am a believer in keeping fit and maintaining a lifestyle that includes fitness.”
That is about as much that is known about his softer side.
In his criteria for hiring, he comes back to sport, the WBS journal quotes him as saying: “If a football player has not scored goals in years, would you hire him to score goals for you?
“Then you need to decide whether, culturally, they will fit into the environment and the team.
“Will they work the way the team works and find the opportunities in this environment? At the end of the day, it is a judgment call.
“If one makes a mistake, it is soon evident and one needs to correct it quickly.”
Commercial Workers Union secretary-general Aubrey Tshabalala saw Dabengwa as a man that you could not trust further than you could throw him.Advertisement

“The departure of Dabengwa from MTN leaves us neither hot nor cold,” Tshabalala said, adding that during the peak of the two-month strike by workers at MTN this year, Dabengwa only met them once or twice and made promises that were not kept.
“He was silent during our strike and he has been silent during the issue of Nigeria. Shareholders and the nation have not been informed what the situation in Nigeria is,” he said.
Dabengwa is the former chairman of the Dawn Suite Hotel Group. He previously served on the boards of Peermont Global and Impala Platinum Holdings.
His legacy at MTN will be one that his colleagues might soon wish to forget.