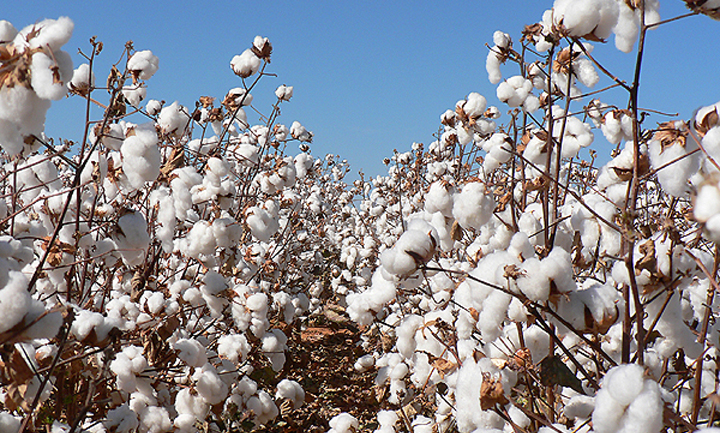 HARARE: The cotton buying season opens on June 1 with farmers expecting a minimum price of at least 63 cents per kg, an official said on Monday, as the Agricultural Marketing Authority (AMA) distanced itself from potential pricing wars that have become the norm in previous seasons.
Production challenges related to pricing, side marketing and late provision of inputs have over the years seen output of the ‘white gold’ slumping from a peak of 353,000 tonners in the 2000/01 season to around 102,000 tonnes in the 2014/15 season.
Experts estimated around 70,000 tonnes for this season even as government provided free inputs to farmers in its bid to revive the sector.
AMA, the government arm tasked with regulating the agriculture sector, said on Monday it had approved the setting up of 106 cotton buying points (CBP) across the country, up from 98 last year.
“AMA would like to advise the public that it does not set the producer price of seed cotton as seed cotton is not a controlled crop,” government agency said.
“The price is negotiated between farmers and buyers/ginners and farmers must be paid according to grade or quality of their seed cotton.”
AMA said only “registered buyers” would be allowed to buy the crop from farmers “from areas which they supported growers with inputs.”
Midlands province, at 37, has the highest number of buying points, followed by Mashonaland Central with 23. Mashonaland West has 21, Masvingo 15, Manicaland nine while Matabeleland North has one buying point.
But the Cotton Producers and Marketers Association of Zimbabwe (CPMAZ) said it was against the continued usage of CBPs as they were tantamount “to creating cartels.”
“Continued usage of buying points only benefits AMA which comes there to collect levies from farmers,” said executive chairman, Clemence Gondo.
“By using the points farmers are also forced to use the same scale at a fee and are not free to negotiate prices individually as buyers gang up.”
He said the farmers were in favour of buyers visiting each farmer and buying the white gold right from the farmer’s doorstep.
“This was successfully done in the past,” he said.
Gondo said the farmers were expecting a price of 63 cents per kg to remain in business.
“The breakeven point is about 53 cents and when we include the mark up, it goes to about 63 cents per kg,” he said.Advertisement

Last year farmers were paid 30 cents per kg for all grades with promises that they would get top-up after grading but this never happened, Gondo said.
He said a large number of farmers had since abandoned the crop, which was at one point ranked Zimbabwe’s top agricultural export, opting for more viable once such as tobacco and soya beans.
“Cotton farming was a major foreign currency earner but it is dying now and government is letting us down,” he said.
Finance minister, Patrick Chinamasa in 2016 national budget, said inaction on the part of government would lead to “total collapse of cotton production.”
Government is currently working on plans to revive cotton firm, Cottco, once a major player in the sector, as it aims revive production.