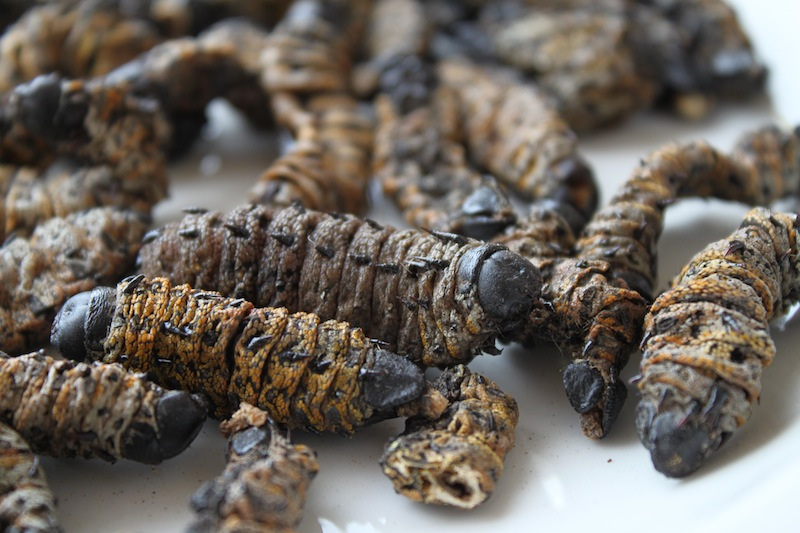 In stark contrast to previous years in which harvesters have toiled to gather the nutritious natural delicacy, this year is quite different as they do not need to put much effort to catch the worms due to their large population.

The Covid-19 lockdown has also restricted movement among some harvesters who would often travel from as far as Harare and Mutare to catch the worms.

Scenes of motorists stopping to pick the worms along the Bulawayo-Beitbridge road are now common.

NewZimbabwe.com Saturday witnessed scores of people mostly women and children picking the worms along the highway.

“This year, there are lots of amacimbi because of the heavy rains which we have been experienced.

“Within a few minutes, I have just filled two 20 litre containers. Last year, one could take at least the whole day to fill up a container. We are really overwhelmed by these insects,” said Jean Moyo from Filabusi.

A harvester from Stenmore described this year as peaceful and orderly compared to the previous years when there have been violent clashes between locals and “invaders”.

“My uncle phoned me two days ago and informed me about the abundance of amacimbi.

“I teamed up with my friends and hired a kombi to come here. Unlike in previous years, this year we not going into bushes to pick the worms. The worms are just everywhere along the road,” said Moyo.

Some villagers along the highway make a living through harvesting the delicious worm and selling it to Harare and Gweru buyers who are moving around the highway in big trucks buying fresh ones for processing.

“My target is to get at least a tonne of the worms by tomorrow (Sunday). That target can easily be achieved because the product is aplenty here.

“I am only buying worms which have been treated,” said a Gweru buyer who refused to be named.

Because of the abundance of the worm, a 20-litre bucket is currently being sold for US$10 or 100 South African rands.

A lot of people including professionals such as nurses, teachers and journalists have joined the amacimbi rush.