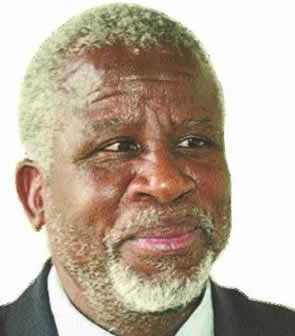 AMAGUGU International Heritage Centre Saturday commissioned its murals project with over a hundred of arts and culture enthusiasts including government officials turning up for the event.
The centre, located in the scenic Matobo area, is the brainchild of one of the country’s celebrated historians, Pathisa Nyathi.
It was opened in 2010 with a sole purpose to preserve and promote indigenous culture and heritage.
Murals are pieces of artwork painted or applied directly on a wall, ceiling or other large permanent space.
The 27 murals painted on the centre’s perimeter wall were launched under the Visual Expression of Indigenous Cultural Heritage (VEICH) project.
The paintings were done by Bhekitshe Ntshali, a Bulawayo based visual artist, who worked with four youths from the local Matobo community, who were equipped with colour mixing, object drawing and sketching skills.
Speaking at the event, the centre’s director Pathisa Nyathi said visual art is a powerful platform to provide insight into indigenous lifestyles.
“The goal of this project is to contribute towards efforts to preserve and promote indigenous culture and heritage. We regard visual art as a powerful means to provide insight into indigenous lifestyles. Even without written description, the murals tell a story that people of all ages can easily relate and identify with,” said Nyathi.
Nyathi said the centre will benefit communities and schools in and around the region.
“Undoubtedly, the murals have elevated the status of the Centre through the provision of enhanced educational and cultural offerings. Schools, colleges and universities and the generality of the populace stand to benefit from the project.
“Already the Centre has hosted the National University of Science and Technology (NUST), the Midlands State University (MSU) and the United College of Education (UCE). Dozens of primary, secondary and tertiary institutions are set to visit over the next few weeks,” he said.
The 27 murals depict various scenes of indigenous culture and heritage such as boys riding a tame ox, boy milking a cow, women fetching water from a well, traditionally painted hut, women preparing traditional beer and an Ndebele warrior.
In his remarks, the Principal Director in the Ministry of Sport, Arts and Culture, Reverend Paul Bayethe Damasane, highlighted the importance of culture in national and community development. Advertisement

Damasane encouraged the commercialisation of cultural heritage as a vital cog in supporting sustainable local level development.
HIVOS projects officer, Eric Matinanga called for strong community participation in local level cultural activities.
Guests at the event were treated to entertainment by Drums of Peace from Bulawayo and Amagagasi Olwandle: Ingozi Thutshu from Matobo and also feasted on traditional food, which befitted the occasion.