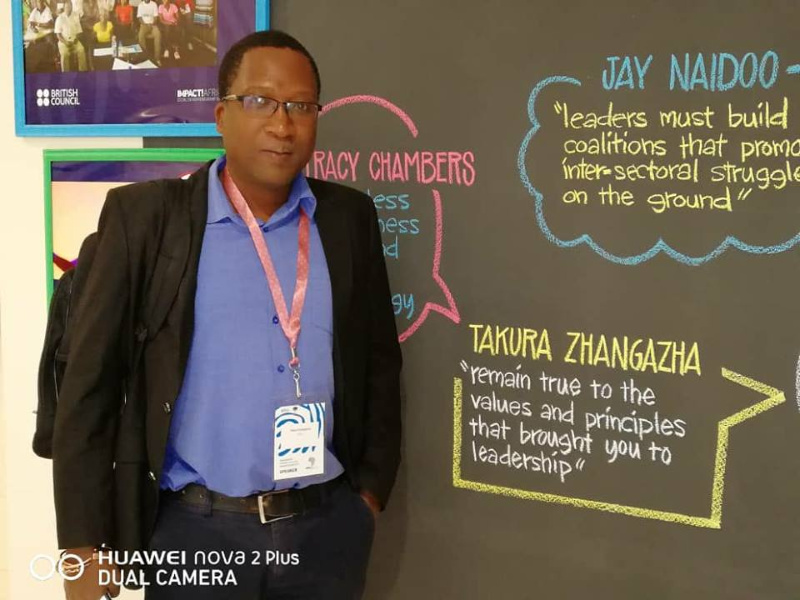 ZIMBABWE’s government recently announced that it is preparing to amend the national Constitution.  This was announced by the Minister of Justice Legal and Parliamentary Affairs, Ziyambi  Ziyambi, who informed the public that government in following up on the recommendations of the (former South African President Kgalema) Monthlante Commission in seeking, as reported by the mainstream State-controlled print media, to ‘deepen democray’ in an arguable Second Republic.

All this, when taken into our contemporary political context, in the aftermath of post-electoral violence, that has had the end effect of creating a binary international perception of whether Zimbabwe has indeed moved on from (former President) Robert Mugabe’s repressive regime, makes one pause for clearer political thought.

Even if it further delays the full international  re-engagement intentions that anchors President Emmerson Mnangagwa’s foreign policy.  A policy which the latter does not appear to be giving up on, just yet or as easily as the opposition would assume.

The government, according to Ziyambi, is “really under pressure to make sure that all the legislation to do with the ease of doing business to support our TSP (Transitional Stabilisation Program) and Vision 2030 is in place much earlier.”

They therefore intend to amend the Constitution to introduce new roles for chiefs, a more technical definition of ‘devolution’ (which will remove MPs from provincial councils) and also consider introducing the constitutional office of leader of the opposition in Parliament.  All this before the end of 2019.

It is however important to crosscheck what appears to be the fundamental motivations to these proposed constitutional amendments.  The first and perhaps most obvious is that the Mnangagwa government is prioritising re-engagement, with what it considers the ‘international’ (read as Western) community as was the case with the July 2018 general election.

It is seeking to rid itself of what it has referred to as an inherited ‘pariah status’ from Robert Mugabe’s leadership of the country. Both in Africa and the rest of the world.

Essentially it would like to get rid of ‘politics’ (however it defines it) as an albatross around Zimbabwe’s economic neck.  So it will concede ‘democratic reforms’ for almost any form of international recognition or (financial) support.

West or East, with the former valuing more the private capital side of things than any assumptions of revolution outside a neo-liberal framework.  And the latter following suit with greater trepidation about the ‘liberal’ side of ‘neo-liberal’.

And that is what any current proposed amendments to the national Constitution are about.  They are not about the people of Zimbabwe.  But about how the State (and state power) must be repositioned in order to meet the prerequisites of a rapacious global private capital.

And how it will not brook any challenges to its hegemonic dominance, including cross-checking whether incumbent regimes pay the utmost respect to private (land) property rights. As of colonial old.

Secondly, there is the issue that the Zimbabwean government has to grapple with domestically. This being its ability to harness a local/domestic performance legitimacy question as derived from its neoliberal economic trajectory.

Its ‘no pain-no gain’ economic policy mantra does not endear it to the Zimbabwean populace.  Instead it establishes breeding ground for very legitimate dialogue, debate and dissent. Demonstrations included.  Even if it blames hidden hands or ulterior political motives on the part of those that would organise them.

In order to handle this delicate political situation around questions of its political performance legitimacy, the government has decided to engage in what it calls a ‘national dialogue’.  With the help of some political party leaders and a sprinkling of churches, secular civil society organisations (including private capital /domestic business) and a newly appointed Presidential Advisory Council (PAC), it intends to bring everyone together regardless of political affiliation (bias) in order to move the country forward.  What it will not brook are questions of its legitimacy or any queries of the same around the State President.

Even if one were to argue that the latter point is fair enough, the primary challenge is that it does not quite solve anything.  It instead perpetuates political polarisation.  As of old or as a return to the highly personalised politics of the Mugabe and (late MDC  founding leader Morgan) Tsvangirai.  Where political personalities matter more than political institutions.

Let alone political loyalties based on not just charismatic leaders (or a lack thereof) but ethnocentrism, mafia like political economies being more important than contextual or organic ideological considerations for a people centered democratic future of the country.

But then again we deal the hand we are dealt.  And we have to find solutions that are beyond the immediate.

We will, in the contemporary turn of events, never be fully able to comprehend the November 2017 ‘coup-not-a-coup’.  Especially the marches to oust Mugabe as permitted by Zanu PF’s military political complex with the direct support of even our now nascent opposition political leaders.

Nor will we come to an immediate factual understanding of the role played (and continuing to be played) by disparate pro-Mugabe Zanu PF factions in assisting the opposition in a last gasp attempt at post coup-not-a- coup electoral power.  That is now for historians to explain with hindsight.

What we do know, is that any talk of a raft of proposed amendments of the national constitution as proposed by Mnangagwa, are meaningless for whatever would remain of our country’s democratic future if they do not introduce a 100% proportional representation system to the Executive, Parliament and local government.

Not in order to mimic South Africa’s representative democracy electoral system but to ensure the diversity of our own.  Meaning, that our national contextual perceptions of what democracy should mean would be enhanced by a more representative and more diverse Parliament and local government political system.

And with it, a more attendant, professional mainstream media.  As reflecting both the past, the present and a potentially even more democratic future.

The counter argument will easily be and become that we must accept what is considered to be incremental (slow but sure) change.

The changes to the Constitution being planned by Mnangagwa’s government may appear to be somewhat progressive but regrettably they play more to an international gallery over which we have no control.

By way of how it perceives us, how it may manipulate us and how in the final analysis, we would be asking, ‘who dunnit?’