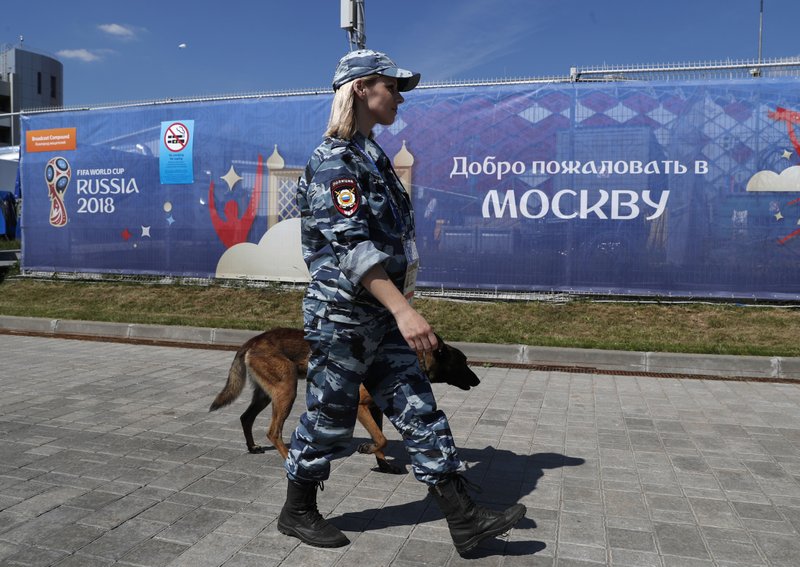 VOLGOGRAD: Just as Bob Green was about to leave for a World Cup voyage across Russia, it became tense in the England supporter’s household, as his girlfriend worried about his safety.

“There were massive concerns, arguments,” he recalled. “Hiding my passport on the last day.”

Two years ago in France, Green was in Marseille’s Old Port when Russian hooligan gangs attacked English fans before the two countries played at the European Championship.

“Some people were violent,” Green said. “But I’m not going to get driven away from what I love and have done for so many years by 150 people.”

British police want to keep fans such as Green safe in Russia, but to do so, they need to cooperate with Russian officials while the two governments are feuding over the poisoning of a former spy.

Deputy Chief Constable Mark Roberts, the head of British football policing, now has to work alongside officials from a country that accused the UK of fabricating the poisoning.

“Of course we are aware of the threats and the broader political situation, but we need to maintain an effective relationship with the Russian police,” Roberts told The Associated Press. “That’s not being naive about the situation. If we are going to go and try and have a good working relationship with the Russian police, it’s better to concentrate on the things we can have common ground.”

Even without security concerns, Russia poses such logistical challenges for English fans. It took 24 hours from Green’s home in the medieval eastern England market town of Stamford, via Greece, for Green to reach the southern Russian industrial city of Volgograd on Saturday. Accompanied by fellow fan Matt Kokins, they will be in the 45,000-seat Volgograd Arena on Monday when England opens its World Cup campaign against Tunisia. They were meant to be a trio.

“We have a friend who bought tickets all the way through to the final who hasn’t come because his family wouldn’t let him come,” Green said.

Green and Kokins said they felt reassured by the Russian hospitality after being met at the airport by the owner of the property they are renting and getting a tour of the city.

British authorities prepare for the worst. World Cup security exercises have been run by the Foreign Office. One real-time simulation involved how to respond to the death of an England fan at the hands of police, a person with knowledge of the drill told the AP. They spoke on condition of anonymity because the security plans are confidential. The Foreign Office would not release details of discussions involving diplomats and fan groups ahead of the World Cup and did not respond to repeated Freedom of Information appeals.

Planning has been more complicated since Moscow expelled 23 British diplomats in a retaliatory move for London ejecting the same number of officials from the Russian Embassy in the U.K.

England fans were starting to arrive Saturday in the city formerly known as Stalingrad, where at least a million casualties occurred in the bloodiest battle World War II. Supporters have been warned to be respectful of sacred sites marking the suffering of Russians, particularly by not draping British or English flags on war memorials.

“If people go and get drunk, sing songs about the war or political figures, bear in mind there isn’t a great understanding of the English language in Russia, there is a massive potential for that to be taken as a great offense and then provoke a hostile reaction, possibly from the locals, possibly from law enforcement,” Roberts said. “Part of the deal is, if you go to another country you accept their laws, their culture, their customs and people need to be alive to that.”

For their part, the Russians have compiled an official blacklist of 451 native fans banned from games by court orders, although that number is smaller than similar hooligan list in other large European nations.

Green is hopeful for better interaction with Russian fans than at Euro 2016.

“(I’m) worried slightly,” Green said before heading in for an afternoon in an Irish pub in Volgograd. “I don’t think the things that happened in Marseille are the true reflection of the country.”