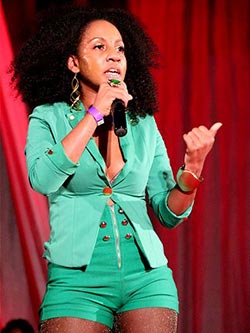 AMMARA Brown’s toil in the past month has finally paid off with the release of her duet with Jah Prayzah.
The duo has released a sizzling duet titled Kure Kure which is currently causing ripples on the airwaves in Zimbabwe.
Recorded at Clive Mono Mukundu’s Monolio Studios, the track is a gem that asserts the youthful musicians’ artistry.
Ammara said the track, which is now available via Soundcloud.com, will be part of the Andy Brown Forever album to be released later in the year.
“It is a single that will be available for sale as is then later on the Andy Brown Forever album,” said Ammara.
“We are both Mbira players, and so we gelled very easily.”
She said she there is a number of high profile artistes that she would be working with in the near future.
“There are so many high profile artists I am collaborating with at the moment, I’m even considering releasing it as an “invitation” themed works. Some are local, but most international. You’ll have to stay on my websites to keep up,” she said.
The single Kure Kure is a fusion of different genres that include RnB and jazz but ultimately coming up with a melodious Afro Fusion riding on the seemingly discreet Mbira
In the song the duo portrays a scenario where their love is being threatened by distance as one has had to move oversees in search for greener pastures.
But interestingly, unlike a typical long distance relationship both parties declare steadfastness and lament lack of resources to travel and stay together.
While Jah Prayzah’s husky voice always gets a listener going, on this track it particularly works with the synchronisation with Ammara’s.
Ammara on Monday said the video for the song would be released around the time of Andy Brown Forever Concert later in the year.
Ammara has also done another duet with Que Montana titled Tichakusuwa that will also be part of the Andy Brown Forever Album.
Jah Prayzah said he enjoyed working with Ammara and described her as a hardworking artiste.
“We did the song passionately and I am hoping the people will like it. Those who have listened to it already say they like it and I liked working with Ammara as she is very hardworking,” said Jah Prayzah.
Meanwhile Jah Prayzah last week traveled to Botswana where he recorded a duet with Charma Girl.Advertisement

The song titled Dalie Wangu will feature on his forthcoming album.