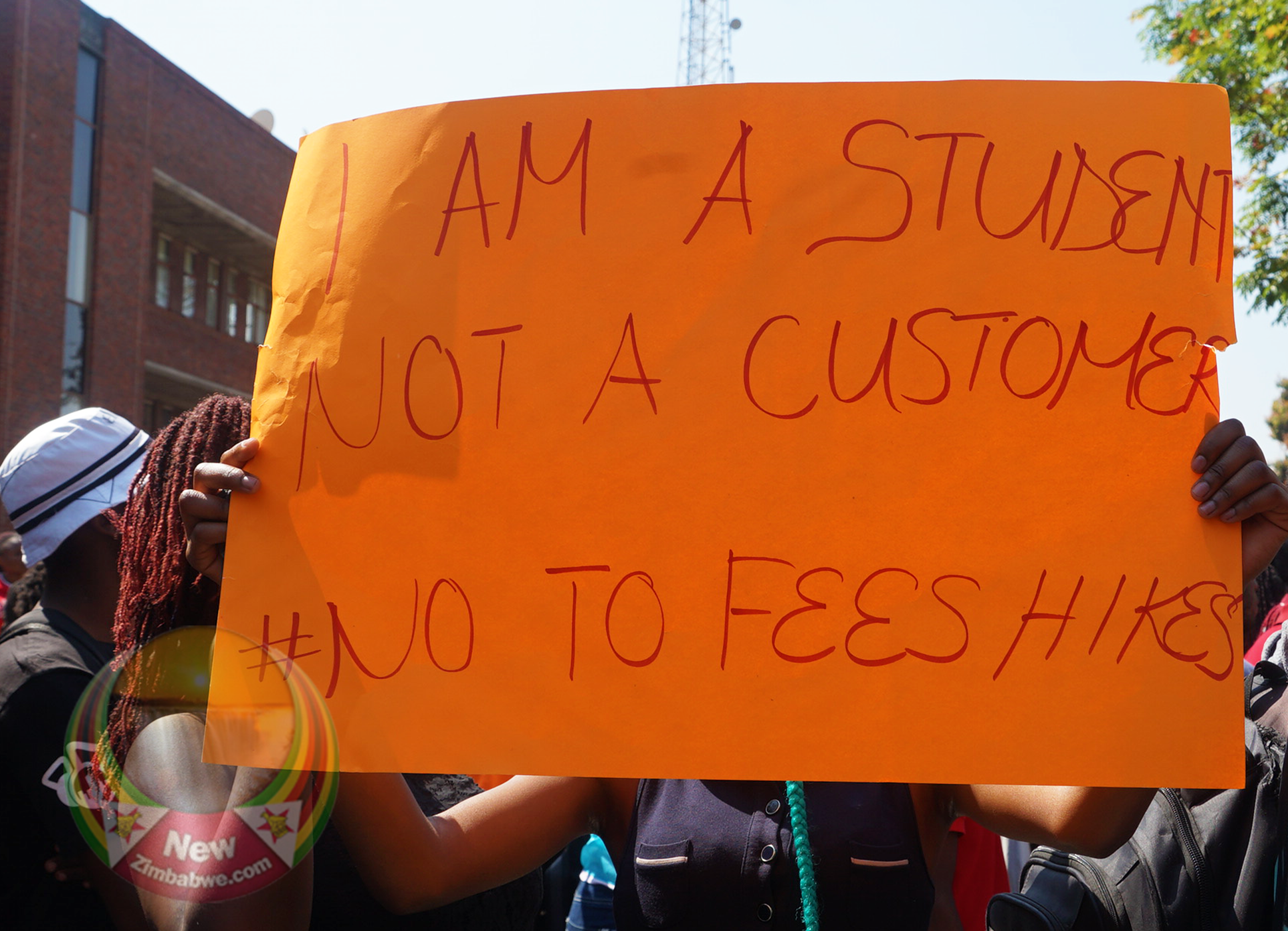 Police have so far arrested nearly 20 students after they embarked on peaceful #FeesMustFall demonstrations against high tuition fee hikes by the university.

Five of the arrested learners were rounded up Wednesday, and taken to Avondale Police Station facing disorderly conduct charges.

Others arrested earlier, appeared in court and are out on bail, while some were released late Tuesday after paying ZW$2 000 admission of guilt fines for disorderly conduct.

In a statement Thursday, the human rights watchdog noted with concern the continuing arrests of learners on allegations of having participated in the demonstration.

AI called for an end to the arbitrary arrests, which targeted mostly female students.

“Authorities must drop sinister charges against University of Zimbabwe students who have been peacefully protesting high fees and affirm their right to freedom of assembly and expression,” said Lucia Masuka, Executive Director of Amnesty International Zimbabwe.

“It is such a travesty of justice that these students are having to spend time in detention and courtrooms for simply asking for affordable education so that they can remain in lecture rooms.

“The arrests of these students, who were protesting peacefully, are a violation of their right to protest. Authorities must respect students’
right to peaceful protest and drop all charges against them.

“We consider the arrests to be arbitrary and call on the Zimbabwe Republic Police (ZRP) to respect the freedom to petition and demonstrate as guaranteed by the constitution.”

The university recently announced a staggering increase in tuition fees of up to 1 000% requiring undergraduate students to pay up to ZW$500 000 from around ZW$50 000 depending on their faculty, which is equivalent to about US$900 at the interbank rate at that time.

Students pursuing a Master’s degree will have to fork out up to ZW$1 million or US$1 800.

The university has also increased accommodation fees from ZW$71,000 to $616 or the equivalent in local currency for the August to December semester.

Students have described the increase in fees as unaffordable and beyond the reach of their parents and guardians and vowed to boycott lectures until the university reverses its decision.

“The hike in fees risks forcing many students to abandon their studies thus potentially violating their right to education,” said Masuka.

The five other students who were arrested September 14 have been identified as Tivimba Musengi, Tinotenda Mangana, Hazel Gwande, Tanyaradzwa Nzvimbo, and Charles Moyo.

They were represented by Zimbabwe Lawyers for Human Rights (ZLHR).