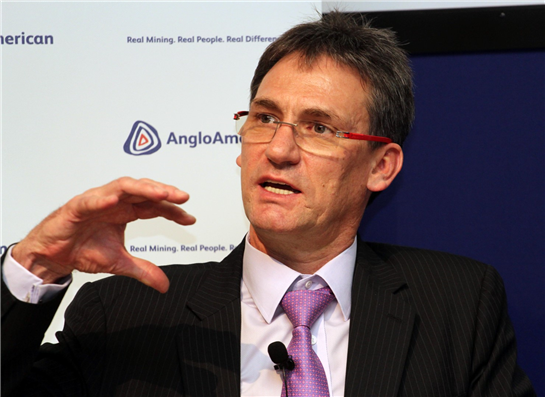 COMPLYING with Zimbabwe’s ever-changing empowerment regulations – known as indigenisation – has been a major headache for platinum miners such as Impala Platinum and Anglo American Platinum (Amplats) for more than a decade.
There are signs, however, that the demands are becoming more palatable, although nobody is getting ahead of themselves given the number of times the black economic empowerment laws have changed in Zimbabwe over the years.
The latest iteration for indigenisation is that companies such as Amplats commit to spending and retaining about 75% of gross platinum sales in Zimbabwe; in other words, beneficiation.
This requirement trumps the 2012 heads of agreement signed between Amplats and the Zimbabwean government in which Amplats was to sell 51% of its local business, the Unki platinum mine.
Said Mpumi Sithole, a spokeswoman for Amplats: “Should the proposed legislation be promulgated into law, then Amplats will legally be able to retain 100% on condition is spends more than 75% of gross sales in Zimbabwe”.
Owning 100% of Unki could be a real boon for Amplats. Interestingly, the asset has been counted as a core mine in Amplats’ books in terms of its restructuring plans in which much larger mines, such as Rustenburg Platinum Mines, are to be sold.
In the six months ended June 30, Unki contributed R73m to Amplats’ operating free cash flow of R3.2bn – a fraction of the overall amount, but Unki is blessed with extensive mineral resources, a relatively trouble-free work force with an ethos for relatively high productivity, and potential to de-bottleneck and expand.
However, Amplats reckons it may still stick with some indigenisation.
“In reality, however, given global pressure associated with resource nationalism, we suspect there would be a moral justification for concluding empowerment transactions with employees and the community,” said Sithole. “The quantum of this empowerment is unknown at this stage, but it would be substantially less than the 51% level.”
Opt-in indigenisation – as this would effectively become – would be easier to time and structure, and easier for shareholders to understand. After the 2012 heads of agreement, there was confusion as to whether Amplats was required to ‘sell’ the 51% stake or simply ‘hand it away’, with President Robert Mugabe instructing this then head of empowerment, Saviour Kasukuwere, to demand the latter.Advertisement

Asked about the new dispensation in Zimbabwe, Chris Griffith, CEO of Amplats, told Miningmx in an interview that he was fairly sanguine about conditions. “The numbers are not too difficult for us to achieve,” he said of Zimbabwe’s proposed gross sales target.
“We have already achieved substantial amounts of indigenisation, but our main focus now is on beneficiation and avoiding a 15% royalty tax hence the investment we are making,” he added.
This is the regulation imposed in 2014 which would affect current unbeneficiated ore. Based on production from Unki in 2015, the levy would have added $10m to Amplats’ costs.
A feasibility study for the construction of a smelter has been completed by Amplats with the third quarter of this year pencilled in as start of the construction phase. Smelter commissioning is thereafter planned for the second half of Amplats’ 2018 financial year.
Between now and then, however, Zimbabwe has other problems, Griffith suggests. “The think the more immediate challenge for them is having sufficient dollars to run the country rather than issues relating to indigenisation,” he said.
This raises the question as to whether the amended requirements on beneficiation will ever see light of day or whether the constant limbo in which South Africa’s platinum firms operate in Zimbabwe is set to continue for years to come.
And the country remains profoundly volatile as does its government. Only last week, Zimbabwe announced new planned legislation that would compel foreign companies to list on the Zimbabwe Stock Exchange and, more importantly, seek the permission of the minister in order to export products.