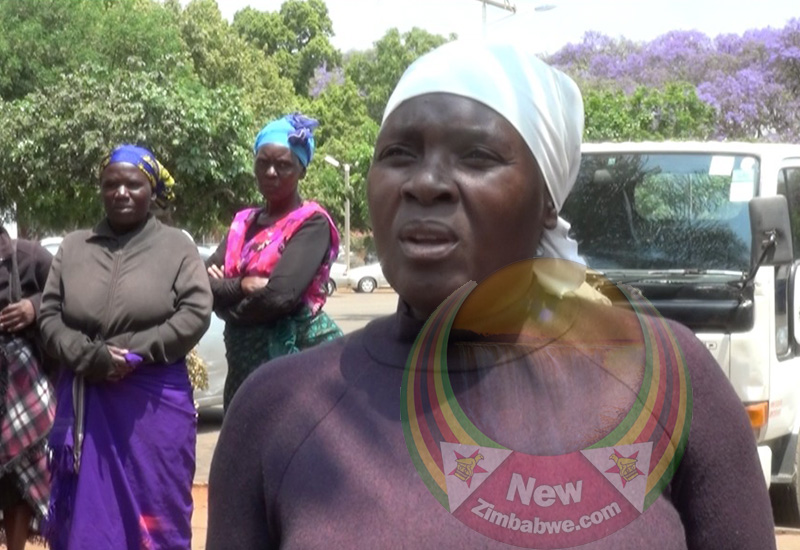 Mercy Mutanda can no longer go back to her home in Chiredzi. She cannot afford the transport fare since she has to undergo chemotherapy every week and travelling 432.1km to and from might take a toll on her health.

Hospital authorities have taken her in.

She has not been treated for the past two weeks, can barely walk now and speaks in a weak, shaky voice full of pain. The strike by medical personnel which has been on for over a month now could be a death knell for her and thousands others.

On Wednesday, Mutanda bumped into a group of protesting junior doctors marching across Parirenyatwa to the Health Services Board (HSB) to demand a salary commensurate with what they were getting in US$ terms few year ago.

“My husband divorced me as soon as he discovered that I had this cancer. Cancer is not like any other disease, it needs specialists hence I am having to endure the pain, just look at how I am standing, I am in pain my child,” said Mutanda.

“I am taking the last drug in line for pain, morphine. I had to take four doses of morphine for me to talk to you like this, this shivering you are seeing is pain.”

Although she could not stop them (doctors) from engaging in a strike, Mutanda pleaded with government to resolve its conflict with the critical health staff as soon as possible. She told journalists she could no longer handle the pain.

Added Mutanda: “I hope government finds common ground with doctors so they come back to treat us with the love they have always shown us.

“There are people such as radiotherapists, those who deal with hearts and high sugar conditions are specialists who are needed on a daily basis, the hospital cannot function without them, people will die.”

Patients constantly and painfully bleed, with a growth on the anus or rectum and an irritating itch on the area.

Government efforts to fill the gap left by striking Zimbabwe Hospital Doctors Association (ZHDA) medical practitioners by replacing them with doctors from the military has not helped.

Mutanda said they do not know anything when it comes to dealing with cancer.

“Soldiers who were deployed to cover for the doctors who are on strike cannot treat me. I do not know whether it is because they never learnt to or they just cannot.

“If only God could hear our cry,” said Mutanda.

The struggle continues, junior doctors have dismissed government’s offer of a 60% increment while senior doctors joined the action Friday morning.

Hospital Wards are being closed, patients are being turned away by nurses who can only offer so much help and more are dying as the impasse between government and doctors seems to drag on.