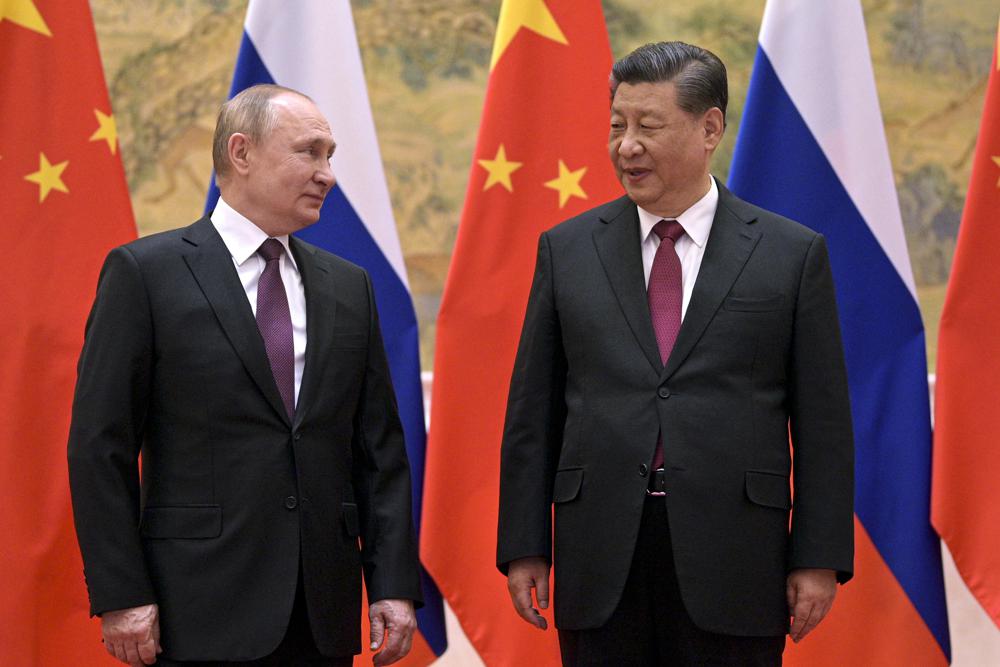 PARIS: An incandescent mushroom cloud in New Mexico heralds the dawn of the nuclear age. July 20, 1969: Neil Armstrong takes a small step and a giant leap in the dust of the Moon.

Feb. 24, 2022: Russian President Vladimir Putin chews up the world order and 77 years of almost uninterrupted peace in Europe by invading Ukraine, disrupting the supplies of food it produces for many of the planet’s 8 billion people.

All were watersheds in world history, turning points that will be taught in schools for decades to come. All changed not just lives but also trajectories for mankind, with repercussions felt across continents and for the foreseeable future.

Russia’s invasion, the killing and maiming, have quickly added Mariupol, Bucha and other Ukrainian names to Europe’s long list of cities and towns associated with the abuses of war: Dresden, Srebrenica, the Nazi massacre in France’s Oradour-sur-Glane, to name only a few.

And after nearly a half-year of fighting, with tens of thousands of dead and wounded on both sides, massive disruptions to supplies of energy, food and financial stability, the world is no longer as it was.

The air raid sirens that howl with regularity over Ukraine’s cities can’t be heard in Paris or Berlin, yet generations of Europeans who had grown up knowing only peace have been brutally awakened to both its value and its fragility.

Renewed war in Europe and the need to take sides — for self-preservation and to stand for right against wrong — have also shifted the world’s geo-political tectonics and relationships between nations.

Some now barely talk to Russia. Some have banded together. Others, notably in Africa, want to avoid being sucked into the breakdown between Russia and the West. Some don’t want to jeopardize supplies of food, energy, security and income. Russia and Western nations are working — notably, again, in Africa — on fence-sitters, lobbying them to take sides.

The war in Ukraine has held a mirror to mankind, too, reflecting, yet again, its propensity to live on the razor’s edge of folly, to take steps back even as it pursues progress.

And there had been progress, with speedy vaccines against the COVID-19 global pandemic and deals on climate change, before Russia’s all-powerful Putin made it his historical mission to force independent, Western-looking Ukraine at gunpoint back into the Kremlin’s orbit, as it had been during Soviet times, when he served as an intelligence officer for the feared KGB.

With its united stance against the invasion, NATO has found renewed reason for being. Just three years ago in 2019 — before the double shock of COVID-19 followed by the Ukraine war made that seem a lifetime away — the world’s biggest military alliance had appeared at risk of slowly sinking into disrepair.

French President Emmanuel Macron said it was suffering “brain death.” And then-U.S. President Donald Trump didn’t have much patience for the alliance that has been a cornerstone of U.S. security policy for more than half a century, grumbling that the U.S. was unfairly shouldering too much of the defense burden and other NATO members too little.

Now NATO is clubbing together increasingly heavy weapons for use by Ukraine on its front lines and relentlessly bombed trenches horribly reminiscent of World War I. It speed-dated Finland and Sweden when those Nordic countries decided that continuing to be nonaligned was too risky in the wake of the Russian invasion and that they needed the shield of the NATO umbrella against whatever Putin might do next.

Their becoming the 31st and 32nd members of NATO will add to the ways in which Europe has been changed permanently, or at least for the foreseeable future, by the war.

Further away, in Asia, the ripples are consequential, too.

China is scrutinizing the Russian campaign for military lessons that could be applied in any eventual invasion of the self-governed island of Taiwan. India, China and other energy-hungry Asian nations are boosting the Kremlin’s war chest and undercutting Western sanctions by buying growing amounts of Russian oil.

And then there’s Putin himself. In Ukraine, long before the invasion, many already felt that their country was engaged in a battle of survival against the Kremlin leader’s designs. Since 2014, thousands of people had already been killed in fighting with Russia-backed separatists in eastern Ukraine.