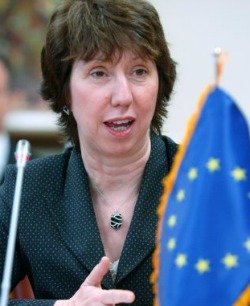 IN a Press Statement, The EU announced that it took further steps to normalize relations with Zimbabwe but acknowledge challenges associated with that decision. In contrast, on Thursday 13 February, the U.S. further clarified its Post-election Policy on Zimbabwe by restating that, Zimbabwe’s sovereign policy decisions have had far greater effect on Zimbabwe than sanctions. What are the implications of these two bi-polar decisions? This is what this article attempts to answer.
In trying to understand how the U.S and the EU are making decisions that appear contradictory despite their shared understanding on human rights, it is important to understand that the U.S relations to Zimbabwe are bilateral and their decisions are simpler to make as compared to the EU which has 28 member states where decisions involve immense negotiations and more often disagreements.
In regards to the U.S, although policy formulation can be a tough game, there are fewer parties involved, for example even though ZIDERA would require a Congressional repeal, consensus on the issue would not be difficult to achieve between the Republicans and the Democrats given their shared understanding on rule of law, democracy and human rights insofar as it relates to Zimbabwe. The other measures on Zimbabwe relating to travel restrictions do not require a Congressional repeal as the U.S President has the vested powers to revoke the same. Generally policy making process is a difficult, and more-so within the EU where multiple stakeholders’ interests are at stake.
Despite the unpopularity of the U.S policy with the Government and some Zimbabweans, what it can be credited for is its consistency, rationality and its evidence base. The U.S policy is based on strict adherence to principle whereas the EU policy is based on a number of factors that include; balancing principle and pragmatism, vested interests in Zimbabwe by some European countries, history, diffusive rather than formulaic ideologies within the EU and also to some extent fatigue.
Due to closer historical ties with both Zimbabwe and the U.S, Britain is often accused of duplicity by the Zimbabwean Government. However, a closer look at Britain’s stance on Zimbabwe demonstrates that the rationale behind its approach is not so much motivated by its fractious history with Zimbabwe that has a dark underbelly but more by a positivistic and strict adherence to principle over relationships, a trait which it shares with the U.S. A. This view is backed by their common approach to other conflict regions.Advertisement

What exactly is the evidence basis of the U.S policy on Zimbabwe? Recently the U.S Assistant Deputy Secretary of State in her testimony said that the U.S policy reflects the recognition that a select few in Zimbabwe remain committed to maintaining power and wealth at the expense of their people, and their nation, thus depriving all citizens of a more democratic, prosperous future. However, the U.S made a commitment to continue with its humanitarian assistance to Zimbabwe.
In his recent expository speech, referred to above, the U.S ambassador to Zimbabwe also stated “Zimbabwe has the right and the power to make policy decisions. Some of these have had significant demonstrable effects on the economy, effects far greater than the targeted sanctions…” He also pledged “to move the Zimbabwe-U.S relationship back toward normal, to move beyond sanctions and recriminations.”
Having carried out a brief comparative analysis of the two sets of policies, the remainder of this article will briefly look at what the EU decision means for Zimbabwe and will explain the decision under the following themes; remaining sanctions on the president, development aid, budget allocation and the steps that Zimbabwean government needs to take.
Remaining sanctions
It would appear that by not removing the sanctions on the president, his wife and the Zimbabwe Defence Industries, the EU is making a symbolic statement that demonstrates its disquiet with the militarization of the office of the president. Every reasonable person would know that the military but not the president wields more powers in matters relating to war and violence but by targeting the President, the EU simply made a decision that is symbolic but which does not stand the scrutiny of rationality.
Developmental aid
Under the current appropriate measures, the Zimbabwean government has not been eligible to direct developmental aid from the EU under the Cotonou Agreement. The appropriate measures, which were suspended in July 2012, will be totally lifted on 1 November unless the European Council unanimously agrees that they should not be lifted. According to the EU, this means that they can begin to have direct business with the government of Zimbabwe, and also other partners, thus marking a major shift in the EU relations with Zimbabwean government.
The decision paves way for negotiations ahead of 1 November on objectives of cooperation and this may include health, rural development, nutrition and governance, economic and public finance management, institutional support to parliament and justice delivery. The EU will also introduce tripartite grants to enable CSOs and government to jointly work on projects. According to the EU, this may help foster trust between government and civil society.
This decision does not sit well with some CSOs who feel that the government might take this as an opportunity for recrimination. Further, one wonders how the EU expects this sort of arrangement to work given that the Zimbabwean government hasn’t signed the World Bank ‘opt in’ clause that allows the World Bank to directly fund civil society. The EU’s proposed arrangement needs to be revised or implemented properly, otherwise it will compromise the independence of several CSOs.
Zimbabwe can also access funds meant for regional programmes such as infrastructure development, e.g. roads, energy. The EU will also put in place measures to continue supporting the interim Economic Partnership Agreement with Zimbabwe.
Budget allocation
However the EU’s commitments will depend on the availability of funds. With most of the EU economies currently struggling, it is a wait-and-see game to find out whether the EU will be able to meet its ambitious commitment. Further, both Britain and Germany, major contributors to the EU budget, may still have further veto powers on budget allocation and the direct channeling on their funds into the government’s coffers unless they improve their record of financial transparency. Britain spent over £80 million in Zimbabwe in 2013 making it the largest donor to the country. Most of this money is channeled through MLDTFs and organisations such as UNDP and UNICEF.
In light of this, the immediate source of hope might be bilateral support with individual EU countries such as Denmark under Danida. However, with its rights-based approach to development, one would imagine that Denmark and other countries would want to see an improvement in Zimbabwe’s transparency record.
What should Zimbabwe do?
The Zimbabwean government needs to be consistent on policy, especially relating to property, and put in place confidence building measures such as complete restoration of the rule of law. With regards to transparency, they can do this by complying with the IMF Staff Monitoring Project guidelines to improve their accountability and transparency record.
Once the IMF gives them a clean bill of health, this can help give confidence to those countries in the EU that are still sceptical.  The government could also work with African states such as Tanzania and South Africa, which are under the Open Government Partnership, in order to improve on their record of openness. The government needs to put in place policies that are conducive for business.
Conclusion
In arriving at its decision, the EU is aware of the above challenges and other challenges that might lie ahead. However they have a collective belief that Zimbabwe can get back on track if they work with the part of the government that is open and willing to cooperate. If the government can convince the EU that it has regained legitimacy through performance, who knows, the U.S might reconsider their position sooner rather than latter. However with the government’s current inconsistent and contradictory policies fortified by empty rhetoric, this might take time to achieve.