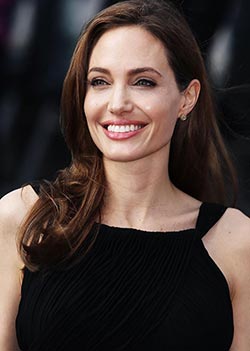 ANGELINA Jolie has revealed she wants to concentrate on directing films and will only act in a “few more” before retiring.
Speaking to Du Jour magazine she said she would “absolutely” give up acting.
The 38-year-old admitted she was “uncomfortable” in front of camera after her latest directing project, World War Two film; Unbroken.
She added: “I’ve never been comfortable as an actor.
“I’ve never loved being in front of the camera.
“I didn’t ever think I could direct, but I hope I’m able to have a career at it because I’m much happier.”
In 2013 she underwent a double mastectomy to reduce her chances of getting breast cancer.
She also admitted that “it’s not easy” as she directs herself and husband, Brad Pitt, in By the Sea.
It’s a period love story which started filming in the Maltese islands in August.
The Hollywood couple both have starring roles with their 13-year-old son Maddox also working on the film as a production assistant.
Jolie told the magazine: “The tricky thing is directing myself and directing Brad. It’s hard, dramatic material, and we’re balancing.
“It’s a heavy film, and it’s not easy for us. But even as you struggle through it, you’re in the trenches together and you don’t expect it to be easy.
“We’re challenging each other and that’s a really good thing.”
The pair are no strangers to working together after meeting on the set of Mr & Mrs Smith in 2005.
They got together during filming despite Brad being married to Jennifer Aniston at the time.
Angelina isn’t disappearing just yet though – she plans to star in “a few more” movies before switching to directing full time.
Unbroken’s world premiere took place in Sydney on 17 November.Advertisement