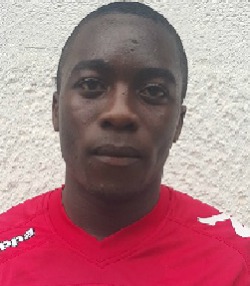 Dynamos’ bid for Harare City striker William Manondo has fallen through amid reports that they negotiated with the player without city rivals’ knowledge.
Manondo still has a one year contract left with Harare City and Dynamos had wanted to bring the player on board as they bolster their squad in preparation for the next term.
With their season having suffered after Cameroon international forward Christian Ntouba was sidelined by injuries and suspension, the Harare giants are keen to sign a back-up striker. But their bid to sign Manondo has fallen through forcing them to go back into the market to find another striker.
The Sunshine City Boys are said to have been unhappy that Dynamos negotiated with the player who still has a one year left on his contract without their knowledge.
Dynamos vice president Solomon Samanyandwe said; “They (Harare City) have rejected our bid for Manondo. But it came as a surprise to us because the player told us they had been asked to negotiate with a club of their choice. So we engaged the player but then Harare City accused us of negotiating with the player directly so the deal collapsed. But I think they did this because it was Dynamos, any other club I don’t think they would do this.”
The Dynamos boss said they were going to go into the market in search of another forward.
“What this essentially means is that we will go back into the market and try to secure another player. We have some options because we can promote from our juniors and we also expect to get another one from Cameroon,” said Samanyandwe.
The Glamour Boys have already signed Raphael Manuvire, Blessing Moyo, James Marufu and Jimmy Tigere. They have also opened negotiations with FC Platinum to extend the loan deal for the slippery Cleopas Kapupurika, which expired at the end of the year.Advertisement