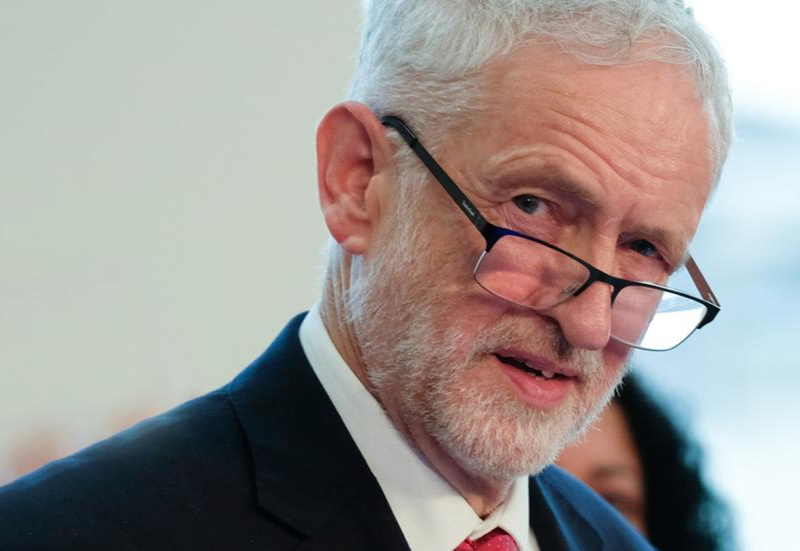 AN investigation has been launched after soldiers were filmed using a picture of British opposition leader Jeremy Corbyn during target practice.

The video, which was first posted on Snapchat, has been widely shared and the Ministry of Defense has confirmed it as legitimate.

It is understood to have happened within the past few days in a Kabul loft range used by deployed soldiers to practice close-protection techniques.

The soldiers were using paint “simunition” rounds, not bullets, but multiple holes can be seen in the picture of Jeremy Corbyn’s head. The video carries the caption “happy with that”.

“We are aware of a video circulating on social media, this behaviour is totally unacceptable and falls well below the high standards the army expects, a full investigation has been launched,” an army spokesman said.

The soldiers, from the 3rd battalion, Parachute Regiment, have been spoken to and are due to leave Afghanistan shortly because their tour is coming to an end.

The range is used by soldiers working as “guardian angels” in Kabul.

Their job is to protect senior military officials, diplomats and politicians as they move around the country. Images of celebrities are often used in the exercises but as individuals to protect, not to aim at.

A Labour Party spokesman said: “This behaviour is alarming and unacceptable. We have confidence in the MoD to investigate and act on this incident.”

Speaking to Sky News, commander of 16 Air Assault Brigade, Nick Perry, said an investigation was under way by the Army, which is keen to get to the bottom of the incident, and is “obviously taking this extremely seriously”.

He said: “The video shows totally unacceptable behaviour and a serious error of judgement that falls far below the behaviour that we expect of our soldiers in the brigade.”

Theresa May’s spokesman called the behaviour “clearly unacceptable” and said the prime minister, who did not comment on it at PMQs, had not seen the video.

The issue was addressed later in the Commons, when the speaker John Bercow said he would be “horrified” if service personnel behaved that way to any MP.

SNP leader and Scottish First Minister Nicola Sturgeon tweeted about the video, commenting: “This is appalling and the MOD is right to launch a full investigation.”