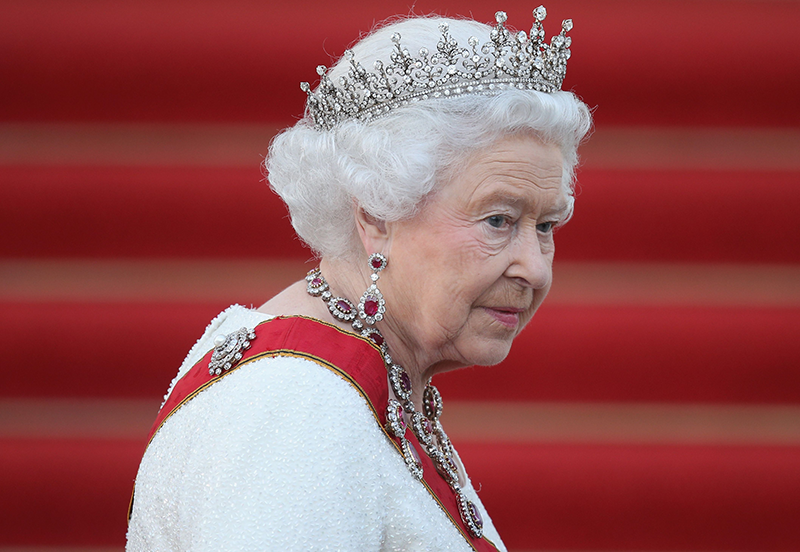 Spread This News
By Bulawayo Correspondent
BULAWAYO Anglican St John The Baptist Cathedral held a church service Sunday in memory of UK’s longest –serving monarch Queen Elizabeth II with some of the congregants reliving the monarch’s visit to the church in 1991.
Queen Elizabeth died Friday at the age of 96 at Balmoral Castle in Scotland.
Queen Elizabeth and her late husband Prince Philip attended a service at the church when she visited Zimbabwe for the 28th Commonwealth Heads of Government Meeting (CHOGM) in 1991.
Veronica Majoni is one of the privileged congregants who attended the Queens’s church service.
“I was one of the few black congregants, who were invited to attend the special church service.  I was very excited to be among those congregants to pray with the Queen,” said Majoni.
Emily Randels (90) is one of the people who had a special reason to rejoice when the Queen paid a courtesy visit to the church years ago.
“For me, it was a second opportunity to see the Queen after 44 years.  I had last seen her, the eldest child of the Duke and Duchess of York (later King George V1 and Queen Elizabeth) in April 1947 when she was still a princess and only 21 years old. On the first visit , the Queen had accompanied her parents and Princess Margaret, her sister, on a royal visit that covered South Africa, Bechuanaland and Southern Rhodesia,”
“I still treasure memories of the Queen‘s first visit. At that time I was doing my Standard Five at Waddlove in Marondera and was only 13 years old,” recalls Randels.
Her school and many others had been invited to come and give a welcome to the Royal family, which arrived at Salisbury Airport from South Africa on the morning of Easter Monday, April 1947.
Anglican St Jonh The Baptist Cathedral Priest –In –Charge, Reverend Fritz Madida, said the church saw it fit to organise the service in honour of the late Queen, who was the head of the church.
“Queen Elizabeth and Juke visited our church in 1991. We have even preserved the chairs which they set when they come here. Our wish is to see the new King Charles and Lady Camilla also coming here,” said Revered Madida.
Reverend Madida said the church had already opened a book of condolences following the death of the Queen.
The book of condolences, he said, was expected to be handed over to the Queen’s family next month.
St John Cathedral was built in 1910.