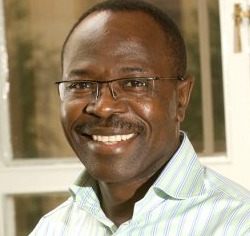 ECONET Wireless Zimbabwe – the country’s largest mobile telecoms company – has appointed Godfrey Gomwe and Sherrer Gladys Shereni as independent directors.
Gomwe is currently CEO of Anglo American’s global Therman Coal business. Until August 31 2012 he was executive director, Anglo American South Africa Limited.
He was previously head of group business development, Africa for Anglo American Plc and prior to that, finance director and Chief operating officer of Anglo American South Africa.
Gomwe is also chairman of Tshikukulu Social Investment and a former non-executive director of Kumba Iron Ore Ltd and Anglo Platinum Ltd.
Before moving to South Africa in 2003, Gomwe was chairman and CEO of Anglo American Zimbabwe. He is past president of the Institute of Chartered Accountants of Zimbabwe and past senior Vice President of the Chamber of Mines Zimbabwe.
Shereni brings a wealth of expertise from the Coca-cola Company which she joined in 2002 and has gained experiences in public affairs and communication, managing functions in eight countries across Central Africa.
She was also chairperson of the Woman’s Leadership Council for the 39-country Coca-cola Central, East and West Africa Business Unit.
As program director of the Coca-Cola Africa Foundation she was responsible for formulating community intervention strategies and managing implementation of over 200 projects by 15 international partners of the coca-cola Foundation across the continent. She joined Coca-cola Company in SADC.
The two come on board as Econet Wireless Zimbabwe (Econet) says it has reached eight million subscribers.
George Barbaressos, Econet’s commercial director said demand for Econet’s lines remained “very, very strong”.
“People have realised that we offer the best in terms of value for money, product range, coverage and customer service” Barbaressos said.
The subscriber growth is driven by the company’s Buddie Zone, a discounted talk-time promotion largely borrowed from South Africa’s MTN.
Econet also announced that its mobile money transfer service, Eco-Cash, customers had also reached two million.
Barbaressos said the key factor in Econet’s dominance was investment.
“We have spent and continue to spend more money on our network than all our competitors combined,” he said.Advertisement

He said customer service was the group’s main focus in 2013.
“We are going to expand and improve our network of shops, expand our call centres, and we are going to train our staff to ensure that the core values of our founder drive the company at all levels.”