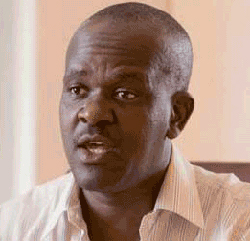 ANGLO American Platinum plans to almost triple production at its sole Zimbabwe mine even though it’s still to be repaid for money seized from its bank accounts by the central bank and is being compelled to cede control of the operation.
The company’s Unki mine plans to boost production of ore to 350,000 metric tons a month through an expansion that’s expected to last from 2016 until 2020, from 130,000 tons currently.
That would equate to annual production of 180,000 to 200,000 ounces of platinum once shipped to neighbouring South Africa and refined.
Unki produced 63,000 ounces of the precious metal last year.
“Studies are still in progress to determine the actual cost of the ramp up phase,” Walter Nemasasi, Unki Platinum’s general mine manager, told Bloomberg in an interview.
“By end of the year, we’ll know how much it would cost.”
Unki’s expansion comes as Johannesburg-based Anglo American Platinum, known as Amplats, plans to sell assets in South Africa after a five-month strike over pay earlier this year.
Still, the mine in Zimbabwe has yet to complete an agreement to satisfy ownership laws that would see it ceding 51 percent control and is owed $109 million from 2006 to 2009, when the government seized foreign exchange from bank accounts.
Valid Agreement
Negotiations over the stake sale with the government are continuing even though a memorandum of understanding has been signed, said Nemasasi.
“That package has not yet moved,” he said.
“Anglo American Platinum remains committed to complying with the legal requirements of indigenization and in its opinion, the heads of agreement remain valid.”
As part of the $143 million sale agreement signed in November 2012, 21 percent would be sold to the state-run National Indigenization and Economic Empowerment Board, 10 percent to the community around Shurugwi, 10 percent to employees and 10 percent to black Zimbabwean investors.
The company may also be paid back the money it’s owed after the government in June assumed the central bank’s $1.3 billion debt which was owed to local companies and foreign creditors.

Depth Increase
Under the expansion plan, the mine would increase the number of sections it operates to 20 from 11 and increase its maximum depth to 1.8 kilometers from 1.5 kilometers.Advertisement

The mine’s life will also be cut to 50 years from 80.
Power supplies have been regular after an agreement was signed with the state electricity utility.
Unki is the last mining operation owned in Zimbabwe by Anglo American, Amplats’ controlling shareholder, after assets ranging from gold mines to ferrochrome producers were sold as the country struggled through a decade-long recession.
Zimbabwe, with the world’s biggest platinum reserves after South Africa, has three operating mines, including those run by units of Johannesburg-based Impala Platinum.
State-owned Zimbabwe Mining Development Corporation has several platinum joint-venture operations including Todal and Global Platinum Resource that have yet to start.
Refinery Pressure
While the government is pressuring platinum producers to build a refinery in the country and has threatened to ban exports of unrefined metal, output is not yet enough to justify such a plant, Caston Musa, the minerals marketing manager for Unki, said in an interview.
“Unki has not reached sufficient scales to justify the construction of smelting and refining facilities,” he said.
“Unki will continue its engagement strategy with the government in seeking to reach a mutual beneficial outcome regarding local beneficiation.”
All of Zimbabwe’s platinum is refined and processed in South Africa.