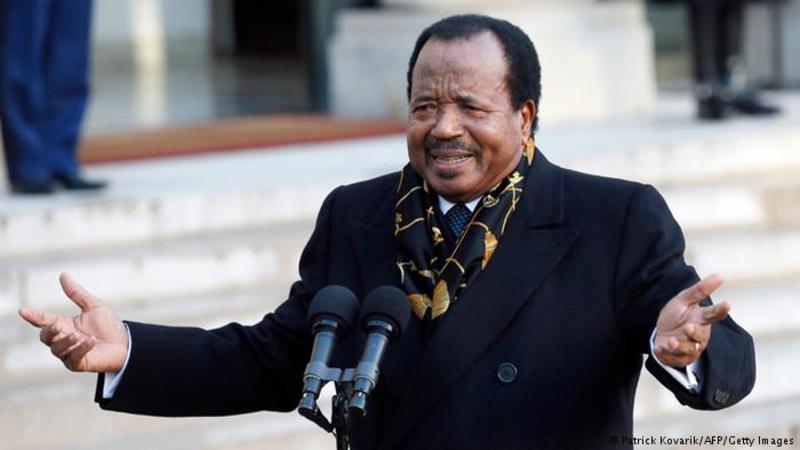 Cameroon imposed a 48-hour curfew on restive English-speaking regions a day before the one-year anniversary of a symbolic “independence” declaration by militant separatists, officials said Sunday.

The commemoration on Monday comes almost a week before a presidential poll that the militants have threatened to disrupt.

“The movement of people between areas in the northwest is banned for a period of 48 hours from Sunday, September 30 until Monday, October 1,” said Adolphe Lele Lafrique, governor of the primarily English-speaking region.

Similar measures were in force across Cameroon’s other anglophone areas, officials told AFP.

Hundreds of civilians and dozens of security personnel are understood to have been killed in western parts of the majority French-speaking country this year.

In October 2017, radical anglophone leaders declared a “Republic of Ambazonia” in two regions that were incorporated into Cameroon in 1961.

In Buea, a southwestern town that has been at the heart of the nascent insurgency, officials also announced a raft of “special security measures”.

According to a directive seen by AFP, all shops and bars in Buea were to be closed for two days.

The town of 90,000 people was deserted from around 1600 GMT on Saturday, and shops closed while the military patrolled main roads, local sources told AFP by telephone.

Another source said there were reports of sporadic gunfire in Buea.

Pro-independence campaigners were planning a protest march for Monday in defiance of the curfew, the sources said.

The lockdown concerns cultural, social and sporting activities as well as public and private transport, the directive said.

The curfew also affects the coastal town of Limbe as well as Tiko, according to a separate order also seen by AFP.

Cameroon’s President Paul Biya, 85, has ruled the country for 35 years and is taking another tilt at office

Last year’s independence declaration triggered a crisis that now threatens to disturb October 7 elections in which 85-year-old President Paul Biya, who has ruled the country for 35 years, is seeking a seventh term.

Biya cracked down on the growing insurgency, after which separatists responded with a surge of attacks that killed army troops and police, and torched schools and other symbols of the nation.

On October 1, 2017 at least 40 pro-anglophone protesters were killed by police according to the International Crisis Group (ICG), which said “tens of thousands of demonstrators” then took to the streets.

There are now more than 1,000 separatist fighters, according to the ICG, and they control “a significant proportion of rural areas and main roads” in their regions.

Divisions between the anglophone regions and authorities in Yaounde date back a century to when Britain and France jointly occupied Cameroon after taking over Germany’s principal colony in West Africa.

The two spheres of influence were later formalised by the League of Nations, the forerunner to the UN.

The much larger French colony gained independence in 1960, followed a year later by the British one.

Some English-speaking areas then chose to join newly-formed Nigeria, while others became part of the federation of Cameroon.