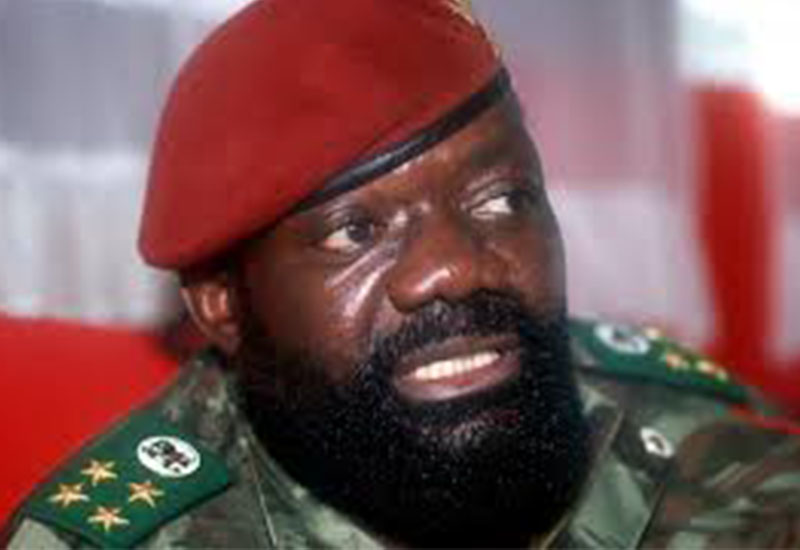 THE exhumed body of Angolan rebel chief Jonas Savimbi, who was killed in 2002, will be reburied in his hometown next month, authorities said after DNA tests confirmed the identity of the remains.

The charismatic warlord, who fought Angola’s socialist government in a 27-year civil war, was killed in a battle against the People’s Movement for the Liberation of Angola (MPLA) forces on February 22, 2002.

His death paved the way for a peace deal that brought an end to one of Africa’s longest and bloodiest conflicts, which erupted after independence from Portugal in 1975.

He was buried the day after he died in Angola’s eastern Moxico province.

Six weeks after his death, his Unita movement signed a peace treaty with the MPLA government.

DNA tests, conducted by laboratories in South Africa, Argentina, Portugal and Angola, confirmed that the body was Savimbi’s.

The rebel leader will be re-buried in his hometown Lopitanga on June 1.

“It is a relief to know that it is his body, and that we will bring him back where he wanted to be buried,” one of his sons, Alleluia Sakaita-Savimbi, told AFP.

Unita has campaigned for Savimbi to be given a dignified funeral, and President Joao Lourenco last year set up a commission to exhume and rebury his remains.

Lourenco came to power in 2017 as head of the MPLA party, succeeding Jose Eduardo dos Santos, who ruled for 38 years.