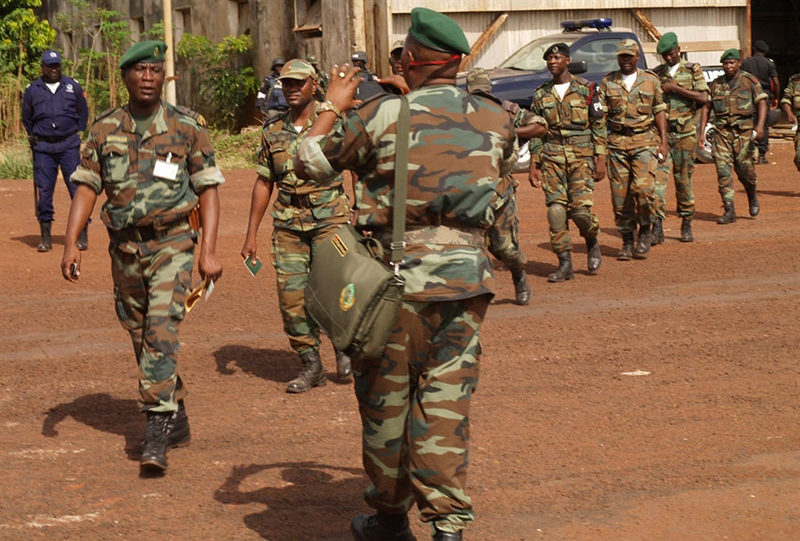 A court in Angola on Thursday jailed dozens of former soldiers belonging to the presidential guard for up to 14 years for fraud and embezzlement in a high-profile mass corruption trial.

Forty-nine people including officers employed during the era of former president Jose Eduardo dos Santos and linked to the presidential security service, as well as bank workers, went on trial in June.

They faced different charges, including embezzlement, fraud and abuse of power.

It was proven that the state was seriously damaged because of… the continued illegal activities, so this court found them guilty.

A total of 202 witnesses testified against the group.

In one of the examples of malfeasance cited by the court during a six-hour marathon ruling, hundreds of dead soldiers in the presidential guard unit remained on the payroll between 2008 and 2018.

Salaries paid to the ghost military workers prejudiced the government of some $77 million, the court found.

Some of the army officers were accused of having a hand in stashes of foreign and local currency found in boxes and suitcases by Angolan prosecutors earlier last year.

The sheer number of defendants and witnesses meant standard courts were too small and the trial was moved to Talatona Convention Centre, located about 30 kilometres south of the capital Luanda.

There were more than 30 lawyers defending the accused, who indicated that they will appeal the convictions and sentences.

The epicentre of the crimes was the office of the secretary-general in the presidency.

President Joao Lourenco, a former general, came to power in 2017 promising to tackle rampant corruption that took root under his predecessor Dos Santos.

He was re-elected after a narrow win in an August vote that was disputed by the main opposition party UNITA.

Dos Santos – who died in July in Barcelona, weeks after suffering cardiorespiratory arrest – was accused of appointing family and friends to key positions during his 38-year rule, leaving the southwest African country with a legacy of poverty and nepotism.