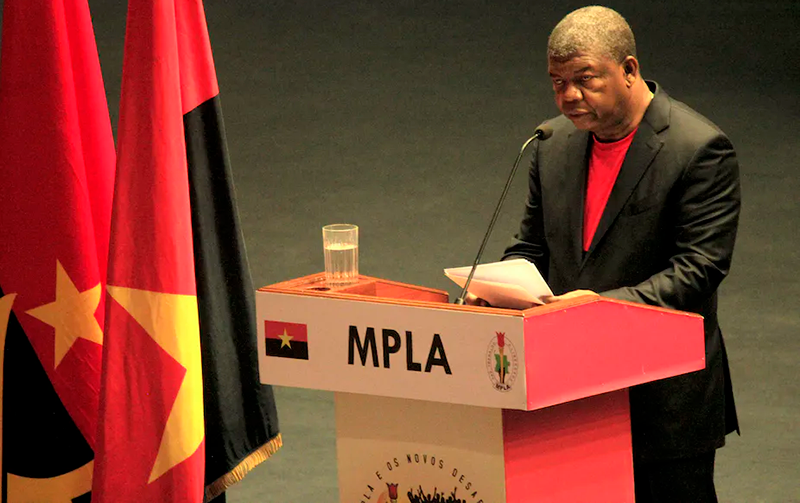 LUANDA: Dania Silva is excited to be one of the thousands of Angolans abroad to be voting remotely for the first time in their country’s election next week, though she wonders whether her vote will change anything.

“I have faith but…I believe there will be no political change because there is a lot of vote manipulation,” said Silva, 22, as she had lunch at an Angolan restaurant in Portugal’s capital Lisbon, to where she moved a month ago.

If the past is anything to go by, Silva’s fears are well founded. Previous ballots have been criticised as one-sided and not credible by civil society groups such as Movimento Mudei, as well as academics and opposition parties.

Around 14 million Angolans at home and abroad will head to the polls on 24 August to vote in what is likely to be the tightest and tensest race since the first multi-party election in 1992.

Nothing has changed in terms of the transparency of the election since 2017 so if the (ruling) MPLA sees that it’s not doing well, it has the ability to falsify the results.

The MPLA did not immediately respond to a request for comment.

It does not help that the government passed a law last year to centralise the final vote counting from all stations at home and abroad in the capital Luanda, a system that has raised fears about voter fraud, nor that most local media are state-controlled.

Civil society groups have advocated for votes to be counted where they are cast, rather than centralising the system.

There will be 2 000 Angolans and at least 50 international observers keeping an eye on the polls, but in a country twice the size of France, they will be stretched.

Manuel Pereira da Silva, head of the electoral commission, which says its an independent body, told reporters earlier this month the electoral process would be impartial and transparent.

Angola, Africa’s second biggest oil producer but one of the continent’s most unequal nations, emerged from civil war in 2002, a 27-year power struggle between former liberation movements, the MPLA, which has ruled since Angola’s independence from Portugal in 1975, and UNITA. More than half a million people were killed.

President João Lourenço, from the MPLA, is seeking a second five-year term but main opposition party UNITA looks more popular than ever.

An Afrobarometer survey in May showed the proportion of Angolans favouring UNITA, led by Adalberto Costa Júnior, had increased from 13% in 2019 to 22%, seven points behind the MPLA. Nearly half of voters were still undecided, according to the survey.

Lourenço was handpicked by his predecessor Jose Eduardo dos Santos, who stepped down in 2017 after four decades in power, and was applauded for investigating allegations of corruption during the former president’s era. But frustration persists at the MPLA’s failures to improve the lives of most Angolans.

UNITA is betting on younger voters and says it wants to create jobs and give them stability during a time of global crisis.

If UNITA wins, “it would be the first time since I was born that I would see another party in power,” said Silva.

Expatriates previously had to travel home to exercise their right, until the law changed last year.

It sounds to me that this was a strategy as MPLA’s share of the vote declines in Angola to try and mobilise potential supporters outside the country.

Yet only 22 000 of the around 400 000 Angolans abroad registered to vote, a possible sign of how little faith they have in the process. Some complained they were unable to register because they lived too far from consulates or weren’t given enough time to organise paperwork.

“There are a lot of people who don’t believe in the election,” said 30-year-old Filipe Gonga, who lives in the Netherlands. “I don’t believe it either, but I’m going to exercise my right.”