MDC Alliance and other politicians were Tuesday left fuming over a Supreme Court judgement passed by Chief Justice Luke Malaba declaring as illegitimate, party president Nelson Chamisa’s leadership and restoring the main opposition to the hands of its former deputy president Thokozani Khupe.

In his ruling, Justice Malaba upheld an earlier High Court ruling declaring Chamisa was not duly elected leader of the party.

High Court judge Edith Mushore had ruled the party’s leadership should be restored to that which existed following the MDC’s 2014 congress.

Mushore had also ordered the party to hold an extra-ordinary congress within three months of her rule to find a replacement to late founding party leader Morgan Tsvangirai who succumbed to colon cancer February 2018.

Malaba’s confirmation of the High Court ruling has ignited angry reactions from top MDC and other politicians who felt there was everything sinister with it. 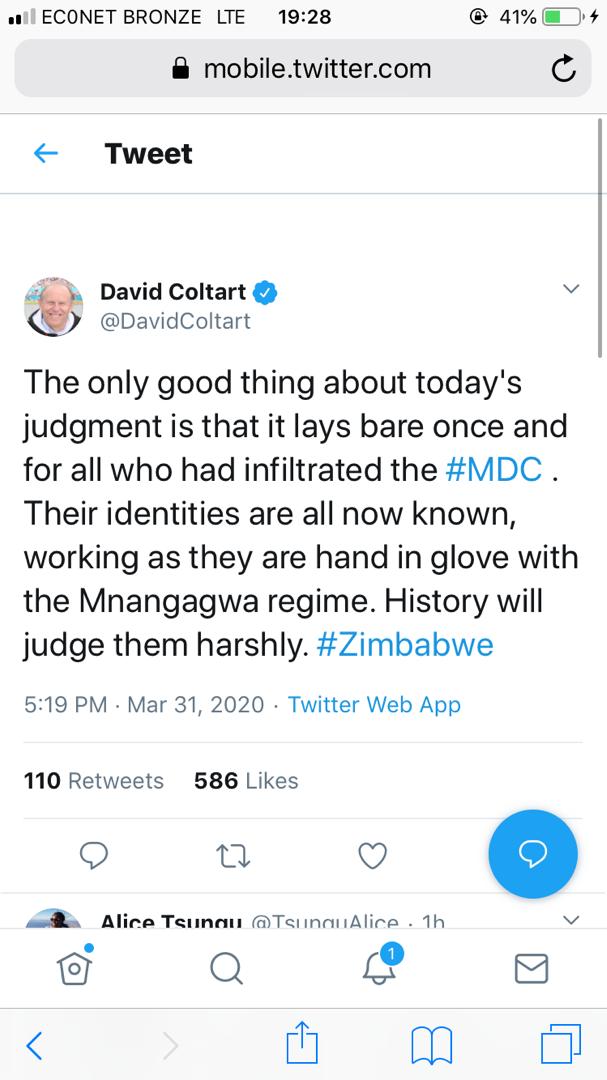 MDC MP for Harare West, Joanna Mamombe also said the ruling was predetermined insisting the prepared speech by Morgen Komichi outside court, accepting the ruling showed the outcome had been leaked to Chamisa’s rivals. 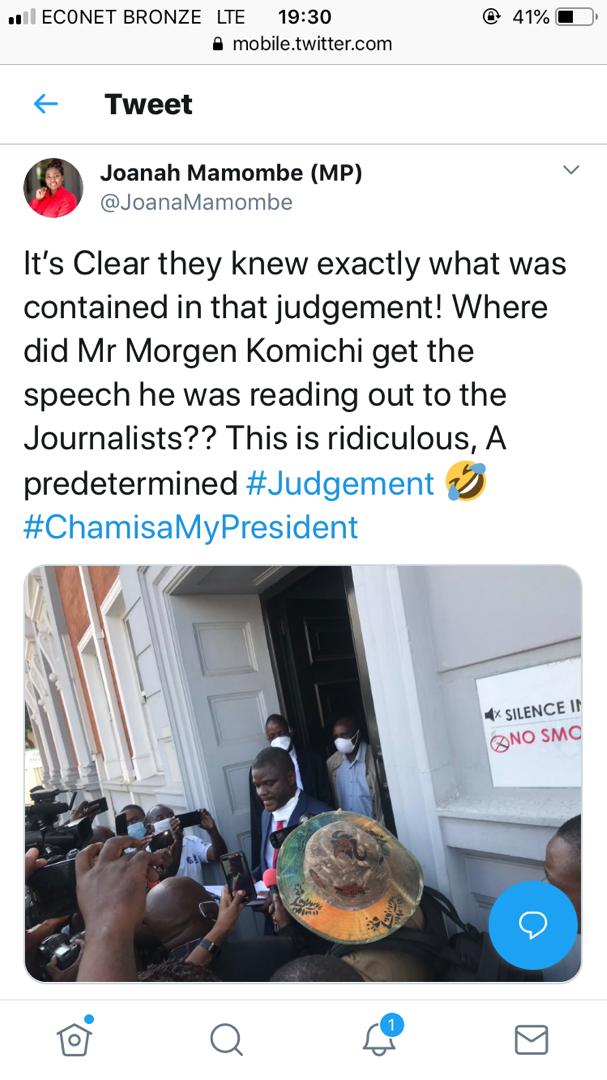 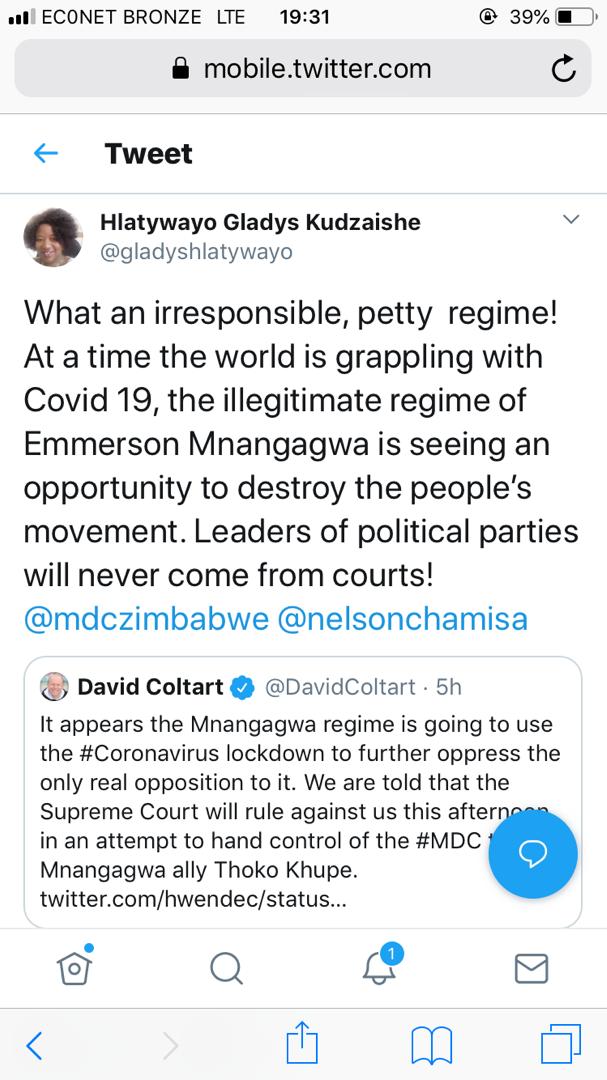 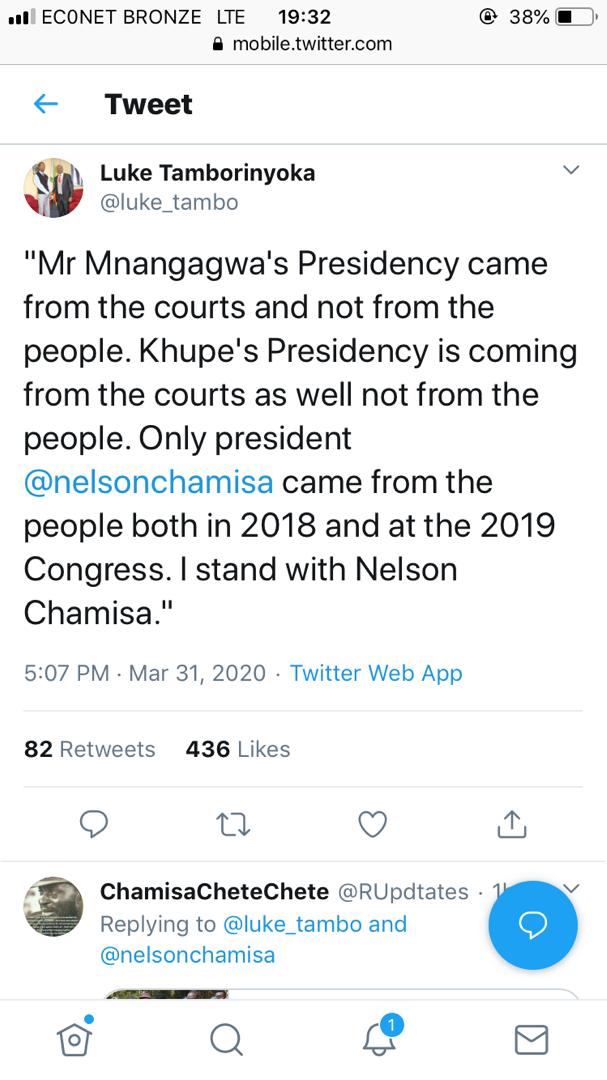 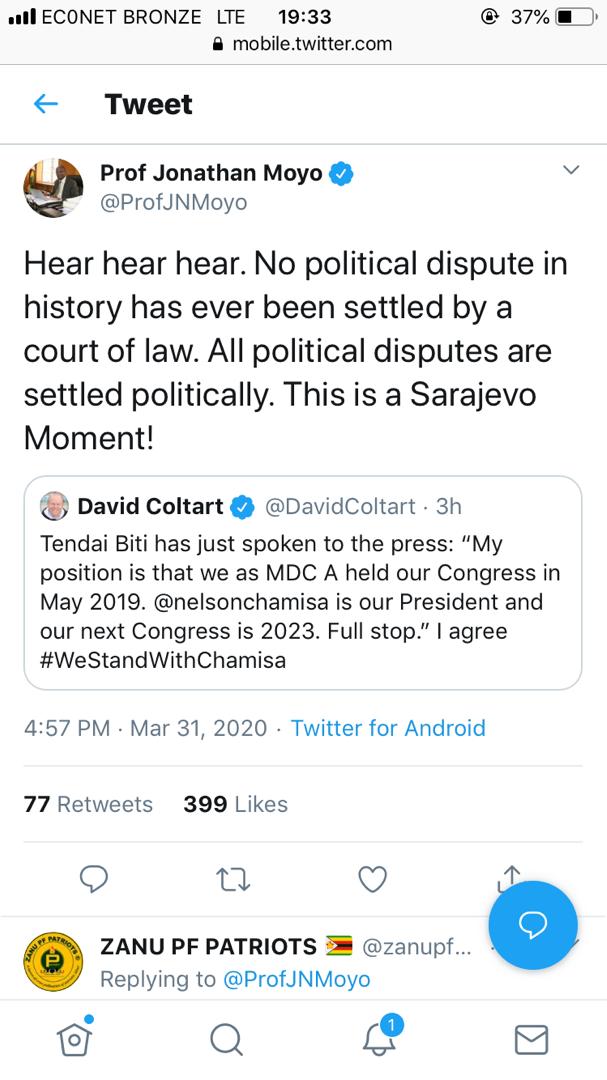