RAIN-SOAKED, angry residents whose houses were demolished Tuesday by authorities, believe that the Harare City Council did not have any powers to act like that without government approval.

Some defiant residents who have already started rebuilding their destroyed houses vow to stay put until President Emmerson Mnangagwa took the onus to instruct them to move while offering them alternative space.

On Tuesday, teams from the city council accompanied by officers from the Zimbabwe Republic Police razed down some 133 houses belonging to Tembwe Housing Cooperative fronted by Caleb Kadye. The homes were built at an open space in the middle of Budiriro 5 high density suburb.

Cooperative members who spoke to NewZimbabwe.com said they believed one Mai Charumbira was a “corrupt” council official who was working in cahoots with police to advance favours to a rival housing cooperative, identified as Events Housing Cooperative. The rival housing group is led by one Paradzai Muchechetere.

“We started building in 2009 after our cooperative leaders gave us housing stands, but Muchechetere, who was a member then, broke away and formed his cooperative which has the support of the corrupt official Mai Charumbira,” Jaison Makamure told NewZimbabwe.com.

“What shocked us as Zanu PF members is, without any eviction order, the council came with the aid of the ZRP officers and they started destroying our houses.

“The police started firing teargas, which is surprising because there was no municipal police officers and we have information that these officers were hired from Southerton police station.

“They also arrested our cooperative leaders shouting to us that ‘we want to see if Zanu PF can come and save you’.

“Let me tell you, I am not going to leave this place and I have already started building, we voted for Zanu PF and they must protect us.” 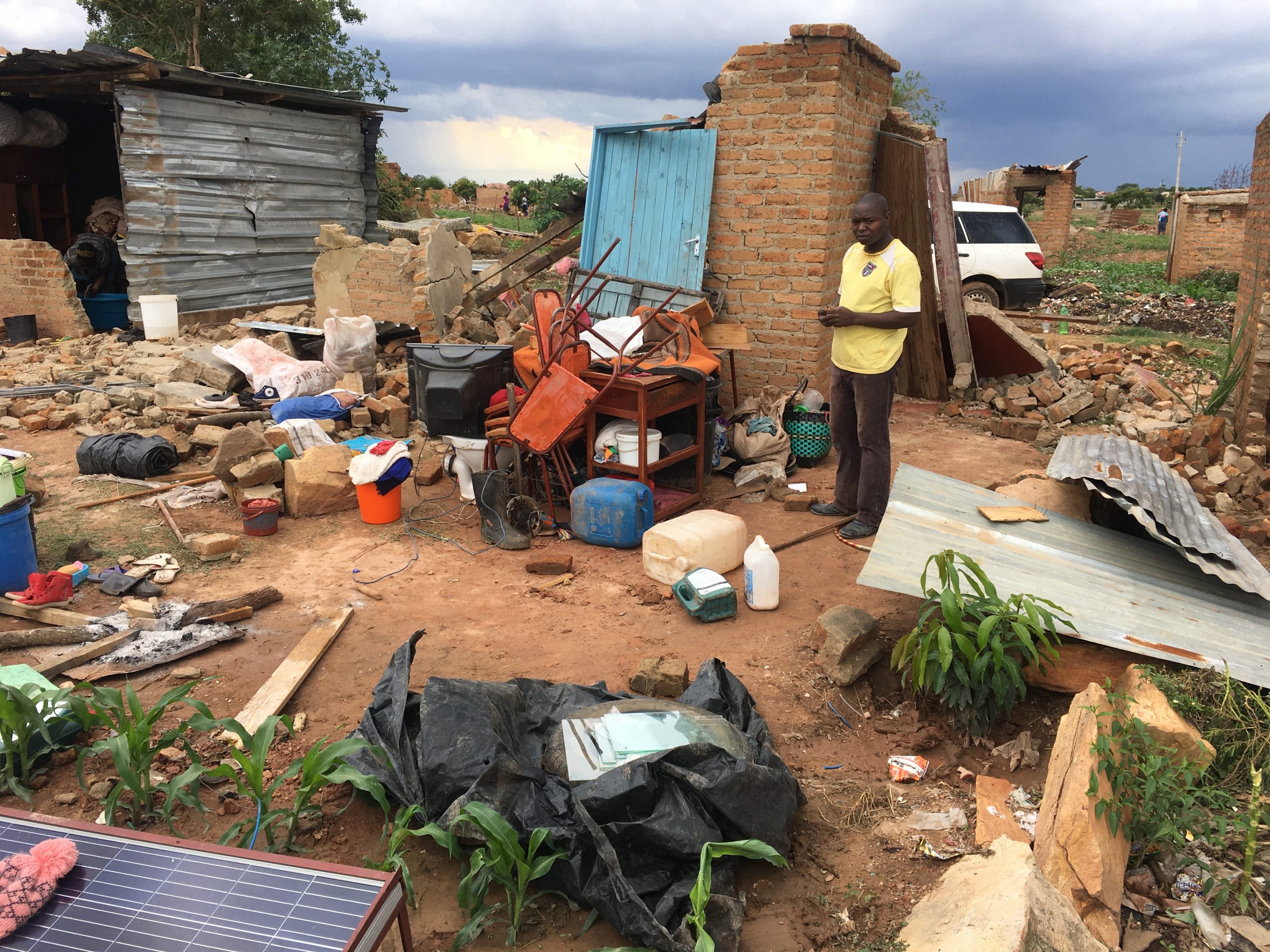 Another affected resident, an officer in the Zimbabwe National Army who was also building a makeshift house after his three roomed houses was turned into rubble, said blaming the MDC led council for their trouble was a waste of time.

“This cooperative belongs to Zanu PF members and when the grader started demolishing our houses, we called Godwin Gomwe and he told us his hands were tied.

“Why would he say that if the government is not aware of the demolition, and also we are told the government spokesperson was on twitter telling his followers that our houses were going to be destroyed.

“This is politics and Mai Charumbira told us during one of the meetings that as long as she is still in council, our houses were going to be destroyed.

“Look, we voted for Zanu PF here in the previous elections and now they have turned their backs on us.”

Some said they were too angry to talk to the media while others were afraid of further victimisation arguing that if Zanu PF could mistreat them openly, it could do worse outside the glare of the public.

When NewZimbabwe.com visited the area this week, rain soaked properties were scattered all over the place on top of the ruins.

Children could be seen loitering around as their parents were building shacks to protect their families and remaining properties. 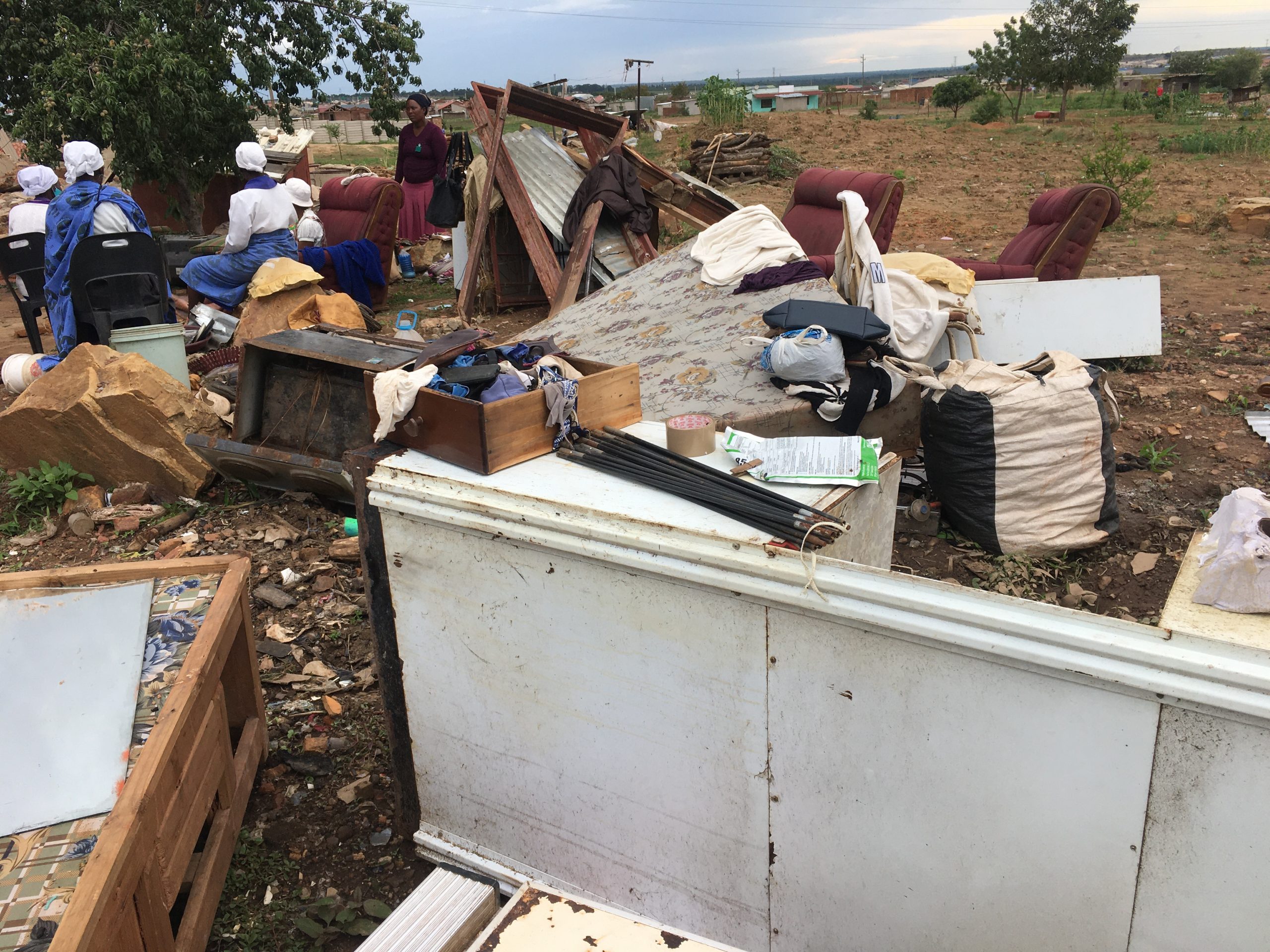 The opposition MDC Alliance said the move by government to destroy the houses during the rainy season without offering alternative accommodation was heartless.

“The demolitions have resulted in people losing their homes, savings and their only available shelter in the middle of the rainy season.

“Families with young children, the old and the infirm have been rendered homeless by this heartless act.”

A joint press conference by Harare Minister of State Chidawu and National Housing Minister Garwe which was set for Friday was later cancelled with no explanation.