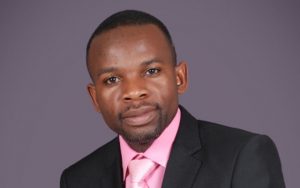 Economist Gift Mugano has laid into the country’s fiscal and monetary authorities, saying their policies and measures are counter-productive while predicting that annual inflation will be 400% with the exchange rate likely hitting ZW$1500 per USD by June.

The Zimbabwe dollar is currently trading at ZWD$1,100 to the USD on the black market while annual inflation was also the highest in the world at 255% in November last year.

Mugano, who was responding to claims by the Reserve Bank of Zimbabwe (RBZ) governor John Mangudya, that the country’s de-dollarisation was on course, said the central bank needed to tone down on some of the policies instituted in 2022.

At the height of currency volatility last year, the RBZ raised the interest rate to 200%, the highest in the world.

“In view of the foregoing, the outlook remains dire. I am still convinced that the following remains our economic outlook by June 2023; annual inflation 400% and exchange rate ZW$1500/US$1,” said Mugano.

According to the economist, the main drivers of dollarisation, among others, included chronic inflation, the 200 percent interest rate and excess liquidity caused by treasury. 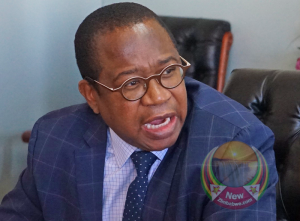 “With a 200% interest rate, businesses have switched to USD loans since it has virtually become impossible to pay back loans four fold,” said the economist.

“RBZ does not have a budget set aside for this. This drives up money supply. In August and September 2022 money supply rose by $708 bn excess liquidity driven by the treasury.”

In the last five years, the country’s national budget rose from ZW$8.1 billion [2019 budget] to ZW$4.5 trillion [2023 budget] which amounts to a 55 000% increase and, according to Mugano, this has wreaked havoc as witnessed by massive exchange rate spikes, inflation and loss of ZW$.

“Excessive liquidity driven by treasury – without going far, in December 2022, treasury irresponsibly made last minute payments to Ministries and government departments’ requests thereby putting the rate into disarray. The Treasury could have staggered these payments  during the course of the year.”

“Inflation, de-dollarisation can only happen when the country attains single digit inflation and exchange rates are stable. This will cultivate a productive culture which is key to support the local currency. This is missing. We have chronic inflation and volatile exchange rates.”

Further, Mugano said the deepened dollarisation can be seen in the sudden decline of allotment from the RBZ’s auction system.

“The auction system allotment is an interesting one, 2022 imports surged to above US$8.2billion (exceeding 2021 imports by US$1 billion) but the USD allotted to firms declined from US$42 million per week to US$11 million,” he said.

“So imports are increasing but forex given by the RBZ to firms to support imports is falling. It tells you one thing that firms are now relying on their own generated forex from local sales to meet their import requirements. This means that we have deepened dollarisation.”