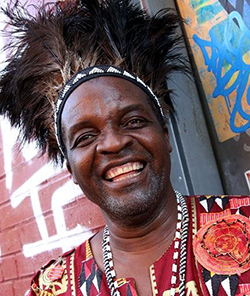 THE city of Johannesburg came to life last Saturday as high flyers from both the Zimbabwean and South African communities turned out in their numbers to toast the success of this year’s winners and nominees of the South African version of the Zimbabwe Achievers Awards (ZAA).
If there was an award for Best Comedy performance, Carl Joshua Ncube would have won by default as he had the audience in stitches. Ncube was this year’s event host and added a touch of humour to the evening’s proceedings.
Mbira songstress Hope Masike was one of the major highlights of the night, thrilling the audience with her sultry, melodic voice.
Masike, who was this year’s headline act, pulled out all the stops, leaving the guests both mesmerised and excited about her forthcoming album which will be out in 2017.
ZAA SA organising director Lawrence Dube expressed his delight at the turnout and thanked everyone for their support.
“Putting this event together has been a rewarding experience and, seeing all the hard work delivered by the team over the last few months was a pleasure to see on Saturday,” Dube said.
“Every campaign has its up’s, downs and challenges. You are often faced with criticism from the outside, but what makes it worth it, is the commitment and perseverance of the network around you, and the amount of support received throughout. It was immense and greatly appreciated.
“I would also like to extend gratitude to all the sponsors who stood with us, and helped us fulfil the vision we had.”
This year, ZAA SA honoured pioneers who are breaking barriers and leading the way in their respective industries.