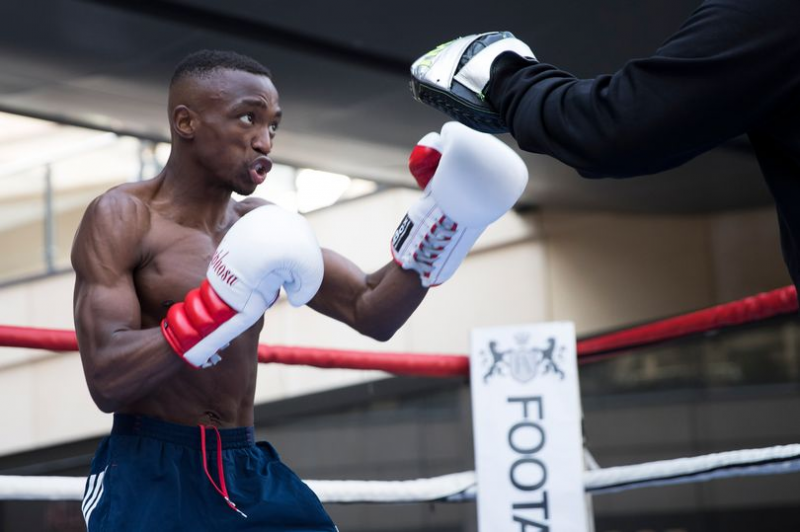 ZIMBABWE could soon have another boxing star lifting the country’s flag high in England following the emergence of highly rated flyweight and super flyweight Joe Maphosa to become one of the brightest prospects in the European country.

The 26 year-old who was born in the border town of Beitbridge before migrating to England with his parents at the age of nine is on the verge of taking his fledgling career to the next level.

Maphosa was recently signed by the expanding MTK Global stable that also promotes WBC world heavyweight champion Tyson Fury, which presents him with an opportunity to follow in the footsteps of compatriot, heavyweight star Dereck Chisora.

MTK Global will be working alongside well regarded mentor Phil Jeffries who has been tasked with guiding Maphosa’s career. Maphosa who is affectionately known as Smokin’ Joe in British boxing circles is extremely excited about his future.

“I am very excited to be joining MTK Global. They are one of the biggest companies in boxing today, so it’s a pleasure to be part of a huge team,” Maphosa said in a statement.

“MTK global are doing great work with some of the biggest names in boxing and it’s an honour to be on the same team as the likes of Tyson Fury, Billy Joe Saunders, Josh Taylor and Carl Frampton. I am happy with how my career has gone so far, but with signing with MTK will take me to the next level.”

Maphosa says he has been training hard during the indefinite postponement of all boxing activities in the UK due to the Covid-19 pandemic in preparation for his first big fight under the MTK stable.

“Over the last few months I’ve been desperate to get into the swing of things. During lockdown I just had to be dedicated and continue ticking over with my training, with a lot of running, cycling and body weight training. Things are slowly getting back to normal and I can’t wait to start camp!

“I’m hoping to stay busy and active, and now I’ve signed with MTK I can get my career moving in the right direction. I’m in the sport to be a world champion and that’s the stage I’m aiming for, so it’s big fights and big nights ahead.”

Maphosa has formerly represented Great Britain at amateur level, winning a number of accolades before going on to turn professional in 2017.

His glittering amateur career ended with 60 wins from 75 bouts, winning the CYP’s, the Haringey Box Cup, reaching two ABA Senior finals, losing on both occasions to Reece Bellotti at bantamweight in 2012 and Sunny Edwards at light-flyweight in 2015. He also represented the British Lionhearts at the World Series Boxing.

The boxer from Yorkshire has looked extremely impressive since entering the professional ranks, winning all 10 of his fights in impressive fashion, with the most recent of those coming in February when he competed on a huge #MTKFightNight in Newcastle.

News on when Maphosa will have his first bout as an MTK Global fighter will be announced in due course.