AN MDC group vehemently opposed to Nelson Chamisa’s leadership has vowed to go the extra mile to dethrone the MDC leader whom they accuse of circumventing party processes to grab power.

The group, which calls itself Defense of Morgan Tsvangirai Legacy (DMTL), is fronted by former Harare councillor Warship Dumba.

Chamisa has been nominated by all the 13 provincial structures to remain and now awaits confirmation by the party’s elective congress set for May in Gweru. 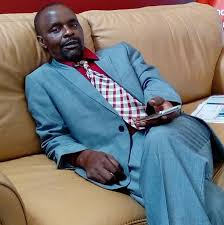 “I said it before and I am saying it now, the nominations were designed to make sure that Chamisa wins uncontested and appear as if he was favourite among MDC supporters,” he said.

“We will not stop our restructuring exercise from Ward to Provincial levels in preparation of our end of year extra-ordinary congress likely in October.

“Then after that, we will give them instructions on what to do.

“At the same time, we are waiting for a High Court ruling where we are seeking an order to stop Chamisa’s congress as we move forward.”

Dumba said if the court rules in favour of Chamisa’s camp, it means practiocally, there is going to be yet another MDC formation.

“Yes if he wins the court case, it will be unfortunate, and eventually there will be two MDC political parties. But ours will be the legitimate one because we will never recognise him as the leader of the MDC.

“We will go ahead with our congress because its politics.”

The disgruntled activists have tried more than once to approach the court to stop the national congress arguing that the party must in fact go to an extra-ordinary congress to elect Tsvangirai’s successor end of the year as determined by the party’s constitution.

They are also against the recruitment of new members and the reintegration of party breakaway groups led by former secretary generals Welshman Ncube and Tendai Biti whom the call “traitors”.