Mnangagwa has been trying to reconfigure the country’s corruption fighting institutions after dissolving the Zimbabwe Anti-Corruption Commission (ZACC) in January and the creation of a Special Anti-corruption Unit (Sacu) in a bid to spur the fight.

Speaking on the sidelines of a swearing in ceremony of two Supreme Court Judges, Justices Charles Hungwe and Nicholas Mathonsi on Tuesday, Chief Justice Malaba the said Judicial Services Commission (JSC) is worried about the situation.

“There is that measure, the standard by which the public is measuring our performance and our obligation is to meet that standard. I have no problem with that,” Justice Malaba said.

“Establishing more courts is not the solid solution. I don’t think at the moment it is the problem that we have. We must simply just act; you don’t continue seeking solutions by creating more and more anti-corruption courts because there are already many anti-corruption cases.”

Malaba said the solution is to ensure that the pending cases are disposed “as quickly as reasonably practical.”

“The JSC is aware of the existing problem and we have taken measures to deal with the problems,” he said.

Mnangagwa had been criticised by lawyers for reportedly meddling with the criminal justice system.

But Malaba denied there was executive interference in how the judiciary has been operating.

“We are not going to dictate how the judges deal with the cases. There will be no interference. That is also a right for those appearing in the courts. We must always guarantee the right to the independence of the decision maker.

“The system (JSC)’s reputation depends on how these cases are dealt with. If we delay we will be putting the name of the system into disrepute,” Justice Malaba told the gathering.

Among high profile figures who have been arraigned before the courts on charges of corruption are former Energy Minister Samuel Undenge, who was jailed for four years for prejudicing the Zimbabwe Power Company (ZPC) of US$12 000 after he issued a tender irregularly was successfully prosecuted.

Undenge was however freed on $1000 bail pending appeal last year after appealing against his conviction and sentence by the Harare Magistrates’ Court.

In his inaugural speech in November 2017 after seizing power in a military coup that toppled long-time leader Robert Mugabe, Mnangagwa depicted himself as a pragmatic leader who was ready to undo nearly four decades of corruption that has contributed to the country’s economic collapse.

But the fight against graft seems to have stalled with most cases bogged down by bureaucratic bungling.

Former Cabinet Ministers Supa Mandiwanzira, Ignatius Chombo, Walter Chidhakwa, Walter Mzembi and Saviour Kasukuwere are some of the political heavyweights who have been charged with corruption.

Mzembi and Kasukuwere have since absconded court and are now holed up in South Africa with the latter having forfeited bail. 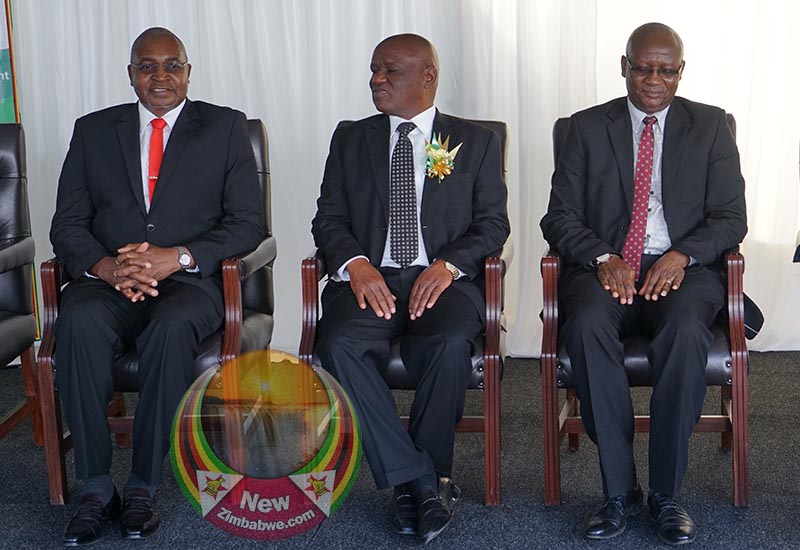