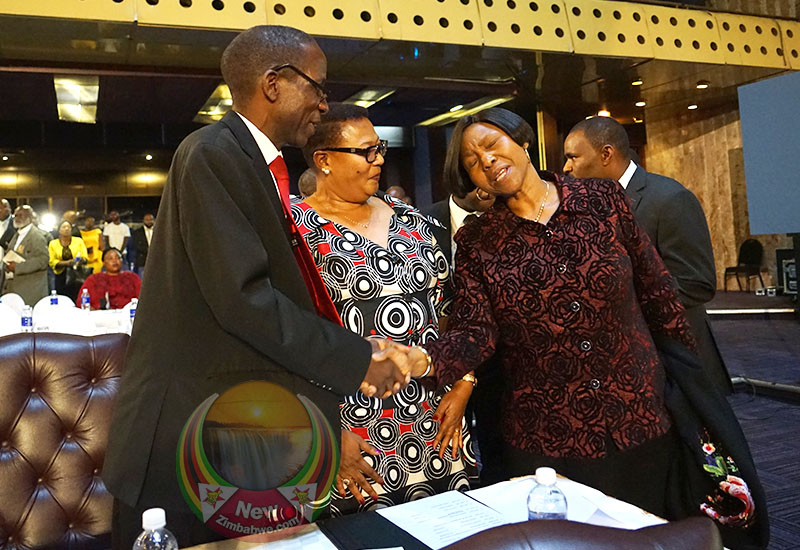 POLITICAL Actors Dialogue (POLAD) spokesperson Khaliphani Phugeni has attributed the siege on the platform to political rivals miffed by the work ethic displayed by the multi-party grouping.

POLAD was formed by President Emmerson Mnangagwa to be a dialogue platform for parties whose leaders contested the 2018 presidential elections.

Since its formation, the platform has been dismissed as a poor attempt by President Mnangagwa to remedy a deep-seated national crisis for as long as there was no involvement of the main opposition MDC which is the second most dominant party in the country.

The platform has invited more criticism after its leaders have been seen to be too coy and willing to be manipulated by President Mnangagwa in exchange for material benefit.

Lately, Polad is reportedly preparing to visit parts of the world to campaign for the scrapping of sanctions imposed on the Zanu PF led administration almost two decades ago.

But Phugeni felt all the missiles thrown in POLAD’S direction were unjustified.

“Those headlines are a deliberate architecture of certain individuals.

“What they want to do is to blackmail us into not doing our jobs and they want to incite the public into thinking that POLAD is nothing but a group of people who are just wasting taxpayers’ money,” he told NewZimbabwe.com.

“In a short space of time, we have been doing this re-engagement it has been proven that there are positive results.

“This is professional jealous; there are people who are looking at certain individuals that are doing that their work by the word POLAD and just want to tarnish their image and good reputation out of jealousy.”

Media reports say POLAD is set to spend US$4.5 million on foreign trips for re-engagement with the international community.

Phugeni said the politicians who constitute POLAD have not received any allowances paid through taxpayers’ money.

“We receive no allowance as yet, even with these trips, once we start taking them, we will be able to come to the public and tell them how much we have spent,” he said.

“The truth of the matter is we have not gone anywhere and even when there is going to be international trips, they won’t be $5.4 million or anything close to that. I do not know if they assume that we are going to be using private jets or something.

“This is a thumb sucked figure or taken from the talking point of the alliance. The real truth should have been the theft of two million by MDC top official because that’s public money they are stealing, tucking under their bed of taking it outside the country.

“So, there is no trip that has happened. What is true is that POLAD has engaged in international relations and re-engagement and what we have done so far is to travel to Harare, engage UNDP, American Embassy, UK Embassy and European Embassy.”