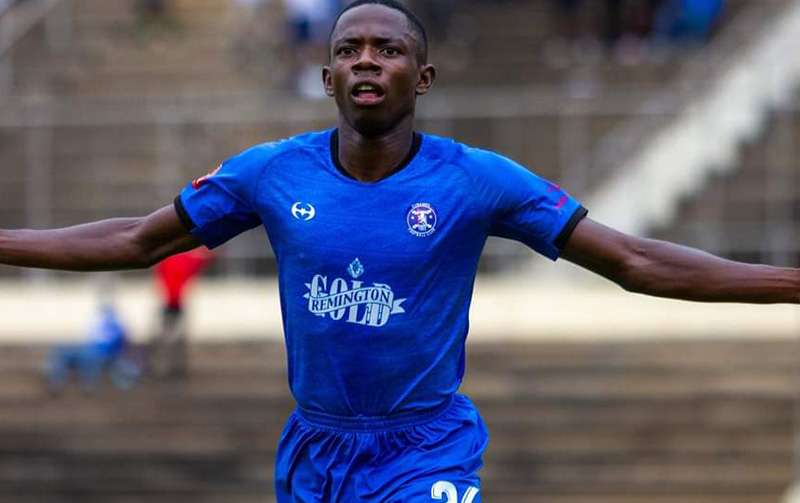 After winning their last four matches, DeMbare’s winning streak appeared set to be brought to an end by a stubborn Black Rhinos until Antonio received the ball on the corner flag before weaving past three defenders and firing the ball past the goalkeeper with five minutes left on the clock.

Earlier, DeMbare needed just 48 seconds to break the deadlock when Emmanuel Paga brilliantly headed Brandon Mpofu’s cross into the back of the net.

Black Rhinos received a lifeline after being awarded a penalty in the 20th minute when the DeMbare skipper Partson Jaure handled the ball inside the box.

However, the penalty had to be retaken twice. On the first take, the Dynamos goalkeeper Timon Mvula moved off the goal line on his way to saving the effort before some players encroached the box on the second attempt which had found the back of the net.

Despite the lengthy 10-minute delay since the awarding of the penalty, Blessed Mbavarira managed to hold his nerve to score on the third attempt to level the scores.

With the game seemingly heading for a draw, Antonio delivered a moment of brilliance as DeMbare secured their fifth successive win, which lifts them into second position on 22 points, just one behind leaders Chicken Inn.

In the shock result of the day, Caps United’s hopes of moving into the top five on the league table were dashed after they surrendered a halftime lead to succumb to a surprise loss against minnows Tenax at Sakubva.

United appeared on course to register a crucial victory on the road when inform striker William Manondo scored his ninth goal of the season in 10 appearances barely eight minutes into the contest.

Makepekepe’s defensive frailties were however exposed in the second half as the home team recovered to score two second half goals and secure a vital win.

Ngezi appeared on course to suffer defeat in Mwaruwari’s first match in charge as Chiefs led for most of the encounter courtesy of an Obriel Chirinda first half penalty before Mukamba salvaged a point.

At Gibbo Stadium, Highlanders continued their resurgence after collecting a vital point away from home after a draw against an inform Triangle.