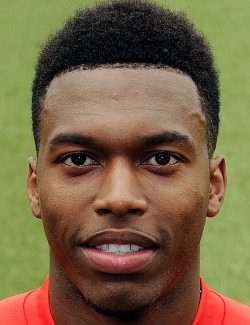 SLOVAKIA manager Jan Kozak has praised the rising stars in England’s side as the “future of football” ahead of the teams’ World Cup qualifier at Wembley on Monday.
England are two points clear of Slovakia at the top of European qualifying Group F and victory in London would leave them within touching distance of getting to next year’s finals in Russia.
It is more than 50 years since England last won a major trophy – when they triumphed on home soil to lift the 1966 World Cup – and many members of Gareth Southgate’s squad were involved in the team’s woeful exit from Euro 2016 which culminated with a humiliating defeat by unheralded Iceland.
Nevertheless, Kozak said the likes of Harry Kane, Dele Alli and Marcus Rashford meant England could look forward to the next few years with confidence.Advertisement

“This English side is very exciting, they have a great future ahead,” Kozak said on Sunday. “There is a lot of talent there and these players are being given opportunities to get the experience they need.
“I like the current composition of their team and I think they are the future of football. Maybe they lack one more creative player to manage their play but overall it is a great squad.”
Not all England fans share Kozak’s glowing opinion after booing off their own side following a goalless first half away to minnows Malta on Friday.
But four goals after the break sealed a 4-0 qualifying win on a day when Slovakia won 1-0 at home to Slovenia.
“England had the game under control all the time,” Kozak insisted. “They had many chances, they just didn’t convert them. It’s very difficult to break down such a well-organised defence but they scored the goals, they won 4-0 and that win away is great.”
Only a late goal from Adam Lallana saw England to a 1-0 win over Slovakia in the reverse fixture a year ago in what proved to be Sam Allardyce’s lone match as manager before he was forced out following a newspaper sting.
Slovakia are on a good run, having won their last five qualification games, scoring 13 goals and conceding just two in those fixtures.
Monday’s match could pit Slovakia captain and former Liverpool defender Martin Skrtel against some of his old Anfield teammates in Raheem Sterling, Daniel Sturridge and England skipper Jordan Henderson.
Skrtel, sent off against England last time out for stamping on Kane, promised there would be no quarter given at Wembley.
“It will be a tough game and I’m looking forward to meeting my former teammates but on the pitch there will be no friendships,” Skrtel said.
“The mood in the team is great after our latest win. We feel confident and hopefully we’ll get a good result.”