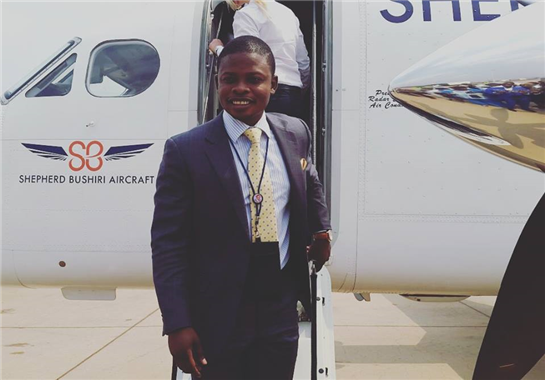 AMONG the 117 emails I received after the publication of my article, By Their Waistlines Ye Shall Know Them, there was one particularly thoughtful one that raised an important problem.
If I were to put into my own words the emailer’s line of inquiry, the issue that he raised was this: Does the New African Flamboyant Prophet (NAFP) possess some kind of spiritual power, making the relevant question only one of what the source of such power is, or is he a non-spiritual operator faking his ‘miracles’ by clever, non-mystical means, that is, operating as a stuntman and confidence trickster? Or do we have a mix of things going on here, a belt-and-suspenders strategy of sorts whereby the NAFP mixes sorcery with contrivances of practical deception here and there – somewhat like a superstitious secondary school soccer team that will lead their ritual goat onto the playing field and have it urinate on the opponents’ goal line, while also having been in camp as a team, training very hard?
So, for example, can Shepherd Bushiri actually levitate, or did some hidden bouncers lift him by the armpits as he descended the last rungs of the staircase in his Gauteng mansion, at the moment when the camera moved to only focus on his elegantly-shod feet?
To begin with, it is obvious that the NAFP is a varied phenomenon. That the NAFPs are not meaningfully understood in their complex variety is exactly why last week I expressed disappointment with the poor quality of journalistic and sociological inquiry into this important contemporary African development. And that is why I decried the poverty of theological reflection on the part of genuine pastors and prophets, who should be edifying the Christian pilgrims of this continent in their search for truth.
And, needless to say if your NAFP is indeed a real disciple of Christ who is helping advance the frontiers of the kingdom of our loving God, if the last time you saw your NAFP you looked at his waistline and didn’t have a problem with what you saw, then you need not be bothered. You need not threaten me with boils and pestilence: I do not believe that every person who uses the appellation ‘prophet’ is false.
Nor, conversely, am I saying every prophet I have not discussed in detail is genuine. My articles just cite some blatant illustrative examples. They also do not question the existence of some genuine men of God. If however, by the counsel of the Holy Spirit you have begun to ask questions and have some lingering doubts about your NAFP, then, as we go into the next paragraphs, put on your seat belt, or, if you are a NAFP yourself or particularly close to one, your belt and suspenders. Advertisement