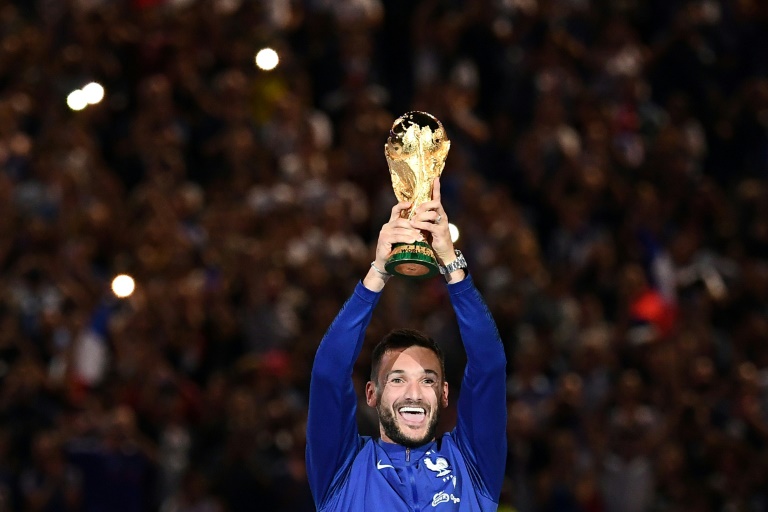 Argentina, Paraguay and Uruguay had already submitted a joint bid to host the World Cup in 2030 (trophy pictured with French goalkeeper Hugo Lloris in September 2018), but those countries' presidents agreed to Chile's participation in the bid
Spread This News

Argentina, Chile, Paraguay and Uruguay are to submit a joint bid to host the 2030 World Cup, Chile’s President Sebastian Pinera announced on Thursday.

Argentina, Paraguay and Uruguay had already submitted a joint bid to host the centenary edition of football’s most prestigious tournament, but Pinera said on Twitter that those countries’ presidents had agreed to Chile’s participation in the “joint candidacy”.

Argentina and Uruguay originally announced their intention to submit a joint bid in 2017 before Paraguay joined the coalition later that year.

Had his offer been accepted, it would have meant the Hernando Siles Reyes stadium in La Paz potentially included as a host venue.

Pinera said he had been touting his idea to the presidents of Argentina, Paraguay and Uruguay for several months.

Uruguay hosted and won the inaugural World Cup in 1930, Chile was the venue in 1962 and Argentina emulated its neighbor’s achievement by lifting the trophy on home soil in 1978.

Brazil’s football team poses for a picture before its 3-1 victory over Czechoslovakia in the 1962 World Cup final in Santiago, Chile

Like Morales, Mauricio Macri of Argentina, Uruguay’s Tabare Vazquez and Paraguayan Mario Abdo Benitez are all passionate about football having all been president of a club in their countries.

Pinera is a billionaire businessman who started out as a teacher and has no previous connection to football.

The South American bid faces competition from Morocco and potentially several other joint bids, including one from Britain and Ireland and another by an eastern European confederation of Greece, Serbia, Bulgaria and Romania.

Spain’s Prime Minister Pedro Sanchez has even mooted a joint bid with Morocco, which has failed five times in bidding to host the World Cup, and Portugal.