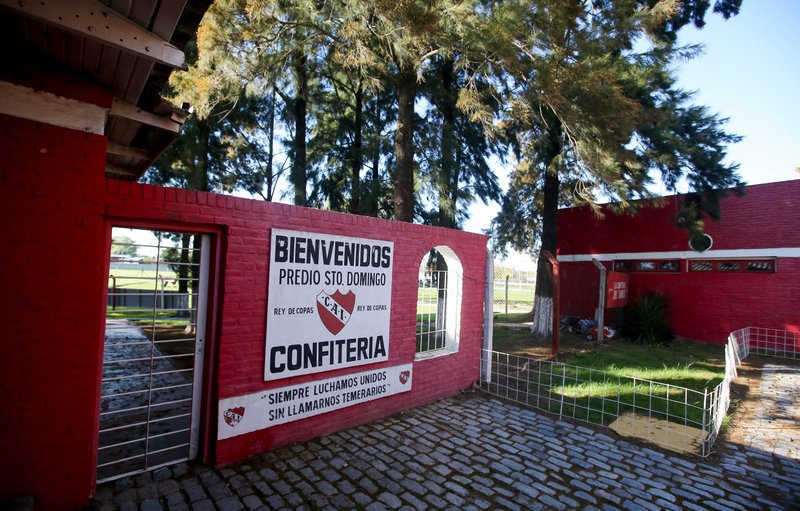 BUENOS AIRES: The young victims are still here: they’re among the kids who like to share stories while they sip on traditional Argentine tea, who check their phones outside changing rooms, and kick a ball around during a break from practice.

The teens live in the boarding house for Independiente’s youth section, where they should have been safe, dreaming of becoming Argentina’s next soccer great.

Instead, investigators say pedophiles turned their lives into a nightmare when they paid many of these children, who come from poor families in remote corners of the country, as little as a bus ride back home or a pair of football boots in exchange for sex.

The prosecutor investigating the case says that at least 10 minors were prostituted and several other more minors are believed to have been potential victims. So far, seven men, including a referee, have been arrested.

The child prostitution ring at Independiente was followed by reports that minors had also been allegedly abused at River Plate’s youth divisions. The growing scandal at two of Argentina’s most popular and successful clubs has shocked many in this soccer-mad nation.

The Argentine Football Federation has ordered monitoring of club boarding houses nationwide. But former players, sports psychologists and parents say that much more needs to be done to protect the children who train in talent factories where Diego Maradona, Lionel Messi and other stars polished their skills growing up.

Independiente filed a complaint with prosecutors earlier this year when the allegations first surfaced after one of the players broke down during a session with a club psychologist.

“We had two paths: reporting this or covering it up, and we decided to look the children and the parents in the eyes and file a complaint,” a club official told The Associated Press on condition of anonymity because the case is still being investigated.

“Thanks to this complaint, all the people involved are behind bars,” the source said. “There’s a huge social phenomenon here: There have been other reports since we filed the complaint, and I hope others have the courage to come out as well, because this goes far beyond Independiente.”

Just days after the Independiente case broke out, River Plate said that it would cooperate with authorities after a local group reported minors were allegedly abused in the club’s youth divisions from 2004-11.

“The state should be much more involved so that a child doesn’t have to sleep with a man for some football boots or money to send back to his family,” said Maria Elena Leuzzi, a founder of the AVIVI Association for Victims of Rape that filed the complaint about River Plate.

“A child should always be cared for. We don’t know if we’ll have a future dad, a president, or a soccer player.”

Argentina is home to some of the world’s greatest players, but also fan violence by hooligans and endemic corruption by generations of soccer bosses and scouts who run the lucrative and often unregulated business of finding future stars.

“At the clubs, the bosses need to understand that kids are not numbers,” said Leonel Gancedo, a former player for River Plate and several other clubs who now runs the “Angeles Unidos” club.

“What has happened is shameful,” he said. “It’s a consequence of poor decisions.”

Many children in club boarding houses come from impoverished faraway communities, living far from their parents under the care of clubs, dreaming of a chance to make it big in the ultra-competitive world of professional football.

But for the thousands of talented youngsters who try out in the lower divisions, only a small percentage will become elite players. Some will struggle to overcome injuries. Others will fall to the psychological pressure at home or on the field.

“A kid can’t be pressured to save his family economically. It’s too much,” said Oscar Mangione, a sport psychologist and a former therapist for the Boca Juniors club.

Like elsewhere in the world, Argentina has experienced a string of sex abuse disclosures in the Catholic Church, and more recently, among celebrities and athletes. But the magnitude of the latest abuse scandal in sports is unprecedented in a country that prides itself on its World Cup victories and its Olympic medals in everything from sailing to field hockey.

Argentina’s Olympic Committee recently filed a legal complaint against a gymnastics coach who is accused of abusing a still undetermined number of athletes in the 1990s. As part of the investigation by a local prosecutor, authorities raided the headquarters of the Argentine gymnastics confederation.

“This is being spoken about much more: Newspapers, the radio, they all help to spread the word. We’re helping the victim lose its shame,” Leuzzi said. “The one who has to feel shame is the one who carries out the abuse.”

The kickoff for change should come from a serious effort by the Argentine Football Association to set safety rules among clubs nationwide, said Cesar La Paglia, a former player for Boca Juniors and the manager of Club Social Parque, a youth club.

“There are kids aged 8 or 9 living in these club boarding houses – it’s insane,” he said. “Those kids should be with their parents.”

In all, there are 50 teenagers from across Argentina living at the brick residences painted in the red and white club colors of Independiente. On a recent day, nothing seemed out of the ordinary. The sound of a ball being kicked in a field surrounded by tall eucalyptus trees could be heard inside the main hall; Football boots were neatly lined up below the club’s red emblem; and a poster of the stadium with a cheering crowd on a wall, read: “The temple of your dreams.”

The club says that the victims have been reunited with their families in Buenos Aires and continue to receive psychological support while it continues to cooperate with authorities.

Meanwhile, a judge is expected to issue charges this week against the seven people who are being held in the alleged prostitution ring, and the prosecutor investigating the case has requested that they remain in prison.