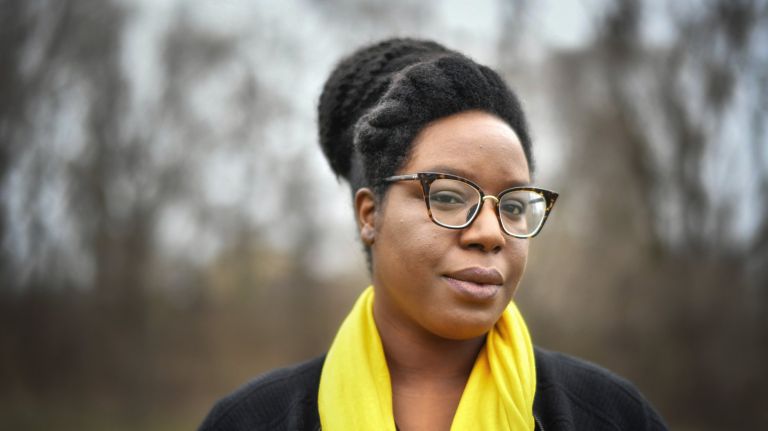 Nigerian writer Lesley Nneka Arimah has won a prestigious prize for her story about a parallel universe where single women go naked until they are married.

Arimah told the BBC its underlying message was to show the disparity in the treatment of married and unmarried women in Nigeria.

The judges said it was “unique retake of women’s struggle for inclusion”.

“Lesley Nneka Arimah’s Skinned defamiliarises the familiar to topple social hierarchies, challenge traditions and envision new possibilities for women of the world,” said Kenyan author Peter Kimani, who was the the chair of the judging panel.

“Using a sprightly diction, she invents a dystopian universe inhabited by unforgettable characters where friendship is tested, innocence is lost, and readers gain a new understanding of life,” he said at the awards dinner in London on Monday evening.

Arimah, who born in the UK and grew up in Nigeria, told the BBC’s Newsday programme that she was inspired by a conversation with a friend about how marriage in Nigeria “gives unconventional women cover to be themselves”.

“She is quite strange and her strangeness was something her parents had warned her that she should get rid of in order to get married,” Arimah said of her friend.

“When she got married, without compromising, everything that was strange about her was suddenly OK.”