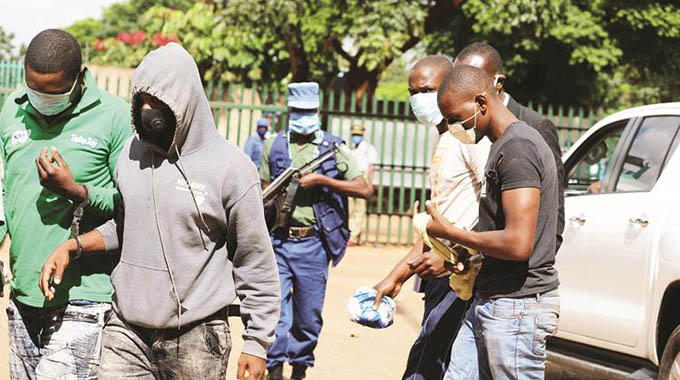 A GANG of armed robbers pounced on a Kadoma company where they ransacked the premises and got away with US$25 000 cash, a closed-circuit television (CCTV) server and a cell phone.

Police are now investigating the incident, which occurred at Sonking Resources last Friday at around 10pm.

The Zimbabwe Republic Police (ZRP) confirmed the matter in a tweet, saying: “Five unknown suspects who were armed with four unidentified pistols pounced at Sonking Resources, Kadoma and attacked nine complainants who reside at the company premises.

“The suspects tied the complainants with shoe-laces and shot one of the complainants on the armpit, while demanding cash. They ransacked the offices and stole a closed circuit television (CCTV) server, a Samsung cellphone and US$25 000 cash.”

Incidents of armed robbery have been on the increase in recent months, amid grave concerns of citizens’ security after it emerged in some instances perpetrators were rogue officers from the uniformed forces, which include the ZRP and Zimbabwe National Army (ZNA), among others.