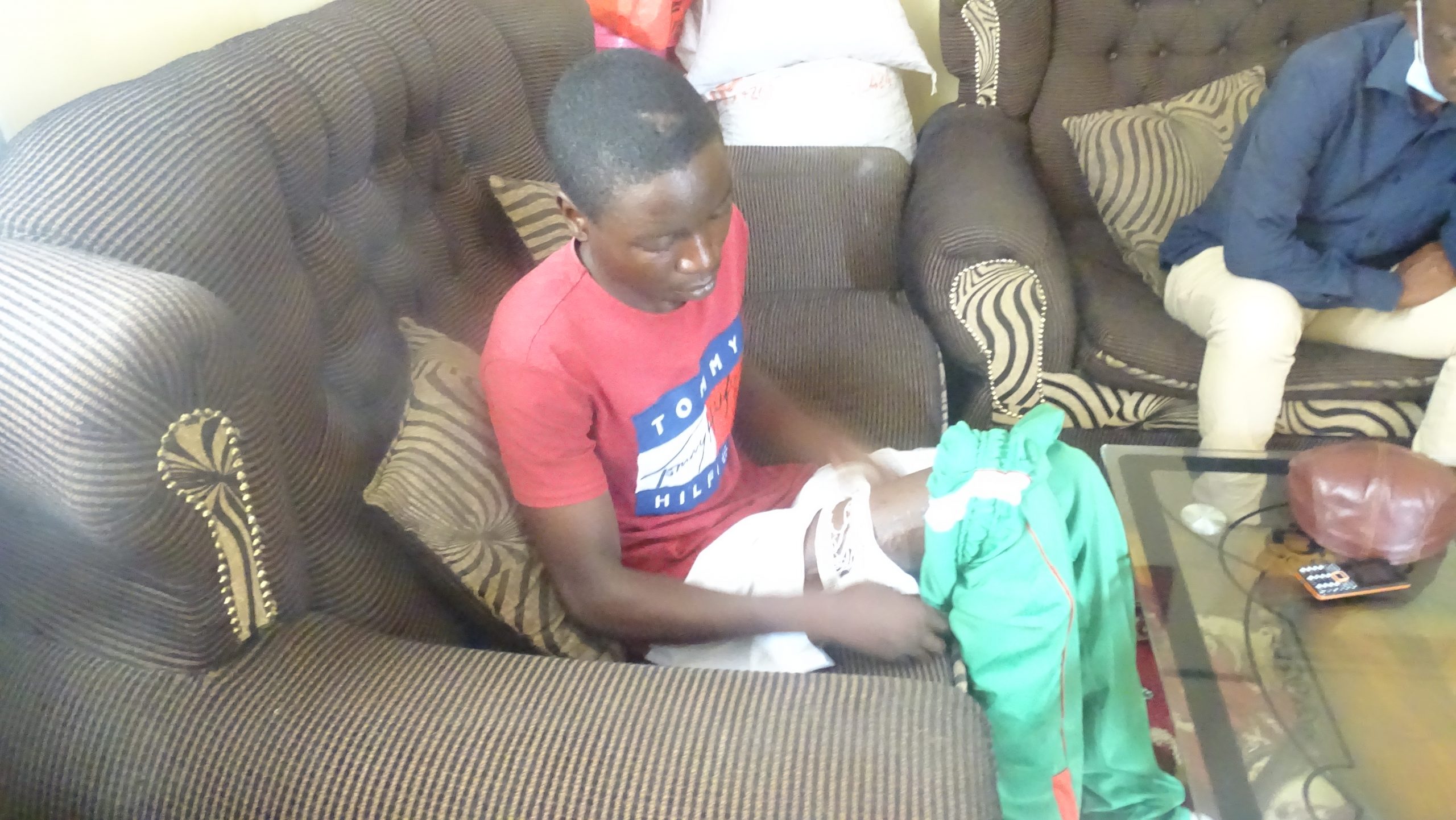 THE Zimbabwe National Army (ZNA) says it is prepared to assist a 23-year-old recruit who was allegedly discharged from the military after sustaining a fractured leg while on training.

Fortune Tshuma, who joined the army as a general duty soldier on April 2017 intake 33A -01-17, sustained the complicated fracture on the right femur while doing military training at Llewellyn Military Barracks now known as Lookout Masuku Barracks in July 2017.

Following the injury, Tshuma was admitted at Mpilo Central Hospital where a specialist performed a surgical operation and inserted a K-nail.

The army paid for all his medical expenses then, but in a recent interview with New Zimbabwe.com, Tshuma claimed that the army had abandoned him and he was struggling to raise money for the new surgical operation.

Tshuma is appealing for more than US$1000 to undergo an urgent surgical operation (sequestrum).

However, in an emailed response to NewZimbabwe.com, ZNA spokesperson, Colonel Alphios Makotore said all army procedures on administrative management on injured recruits’ procedures were followed in Tshuma’s case.

“On discharge from the ZNA, the member’s next of kin were thoroughly briefed to monitor the member’s medical rehabilitation programme. They were also told to report back to 1 Referral Hospital if any complications arose,” he said.

“There is a possibility that he consulted the wrong office, most probably a very junior regimental officer who could have been ignorant of the procedures to be followed when handling such medical cases, resulting in him not getting the correct assistance.

“Ideally, he should have gone back to 1 Referral Hospital to consult with medical personnel where he was initially treated for assistance.”

Contrary to Tshuma’s assertions, Makotore said the army following on Tshuma’s injury, convened a medical board to determine his degree on injury.

“A medical board was duly convened on October 24 2017 and it found that the affected leg had shortened and had developed a chronic sinus that continuously discharged puss, that is chronic osteomyelitis, in medical parlance. It was also discovered that the affected limb showed weakening of the femur.”

The army spokesperson said based on these findings, the medical board awarded Tshuma 27% disability arising from the shortened limb and weakened femur.

However, Tshuma denied such an assessment took place, but Makotore insisted the army looking was still looking into Tshuma’s case.

“Tshuma is advised to report back to 1 Referral Hospital where he will get all the necessary attention and assistance. His next of kin must also get in touch with army medical authorities at the earliest possible time.”