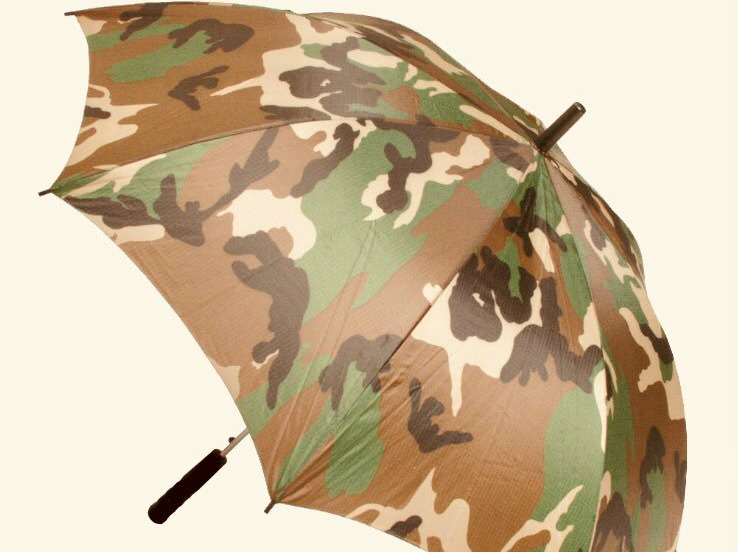 FORMER Sunday Mail editor Edmund Kudzayi, who was Thursday acquitted of unlawful possession of army uniform, has vowed to sue the State for unlawful arrest.

He took to twitter to announce his revenge mission against his abusers.

Kudzayi, now a freelance journalist, was arrested at a police roadblock February this year after being found in possession of an umbrella whose colours resembled army camourflage.

A Harare magistrate tossed his charges saying an umbrella was not among items classified by the law to be constituting army uniform. 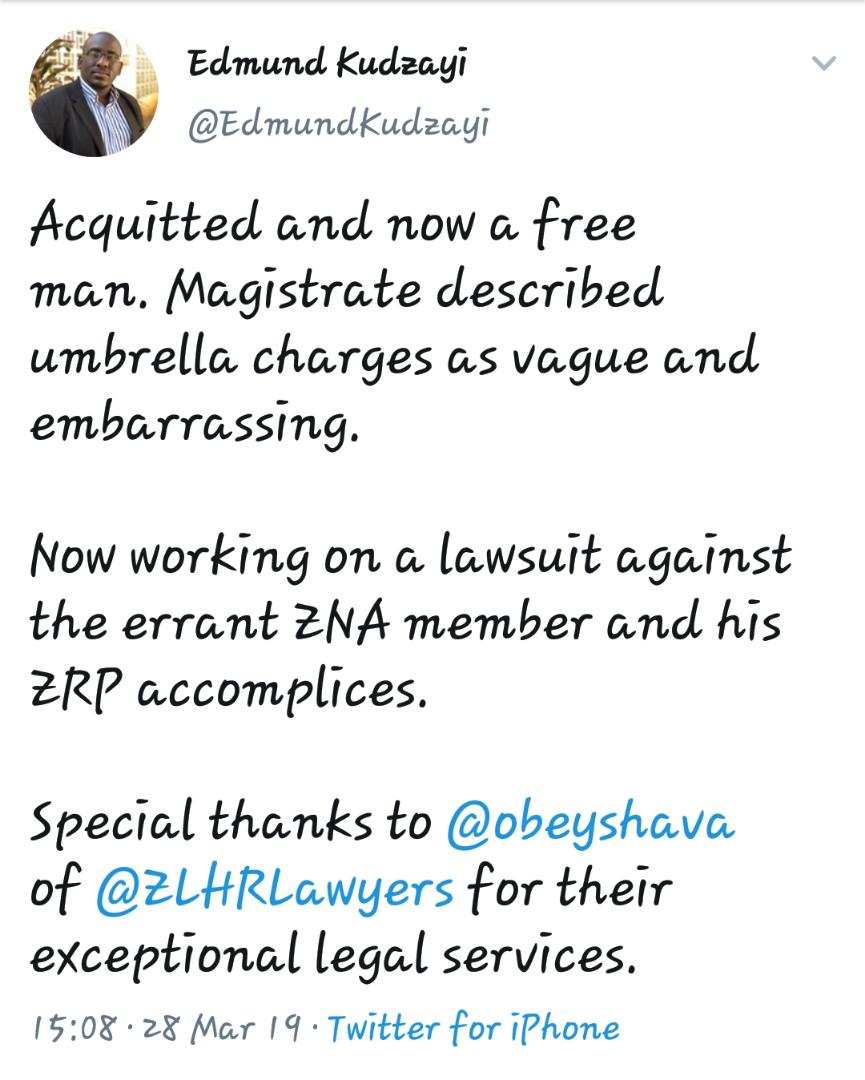