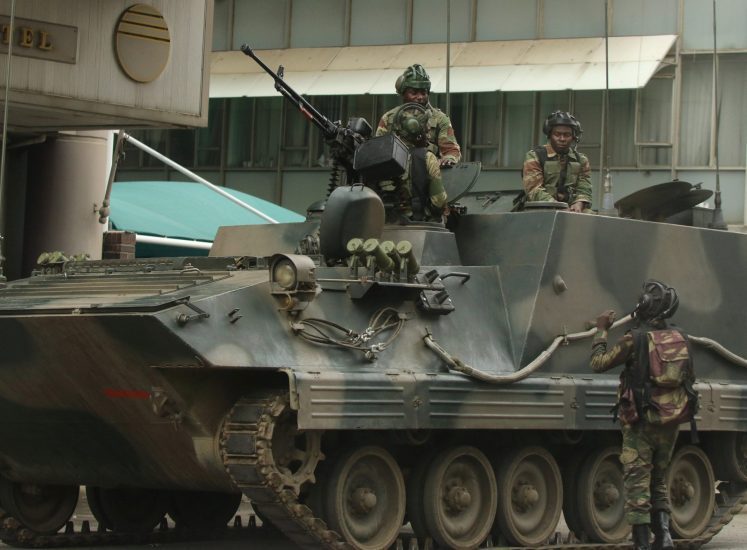 THE military will be moving a large number of troops and equipment to six districts of Mashonaland Central province for a training exercise, Zimbabwe Defence Forces (ZDF) has announced.

The notice comes amid growing tensions within the ruling executive, amid reports Vice President Constantino Chiwenga was plotting to oust President Emmerson Mnangagwa.

The moving of army vehicles almost coincides with the Zanu PF elective congress and the last time large numbers of troops and vehicles were seen in the streets, the military was staging a coup.

In a statement seen by NewZimbabwe.com, the ZDF advised the public not to panic.

“The Zimbabwe Defence Forces would like to inform the general public that it will be conducting a training exercise in Bindura, Mbire Muzarabani, Rushinga, Shamva and Mt Darwin districts of Mashonaland Central Province, from 22 September to 21 October 2022. This year’s training exercise is a follow up to a similar exercise conducted in Masvingo Province in 2021,” reads the statement.

“The training exercise is meant to sharpen and perfect operational skills so as to enhance the Zimbabwe Defence Forces capability to fulfil its mandate. The exercise involves the movement of a large number of troops and vehicles from Harare into Mashonaland Central Province. Therefore the general populace should not be surprised by these movements.”

Observers say the timing of the exercise was curious amid unconfirmed reports two distinct camps within Zanu PF, one led by Mnangagwa himself and the other by his ambitious deputy, were tussling for power ahead of the party’s elective congress, where the presidential candidate will be nominated.

Recently, a dissident group calling itself Zanu PF original claimed that Mnangagwa no longer served the party’s interests and must, therefore, handover power to the former army general.

Mnangagwa was supposed to travel to Cuba, but cancelled his trip and returned home citing inclement weather, in yet another indicator all is not well in the former revolutionary party.

Chiwenga, who is reportedly sick, was at the airport to meet Mnangagwa when he arrived from New York despite failing to turn up for an official event in Gweru.