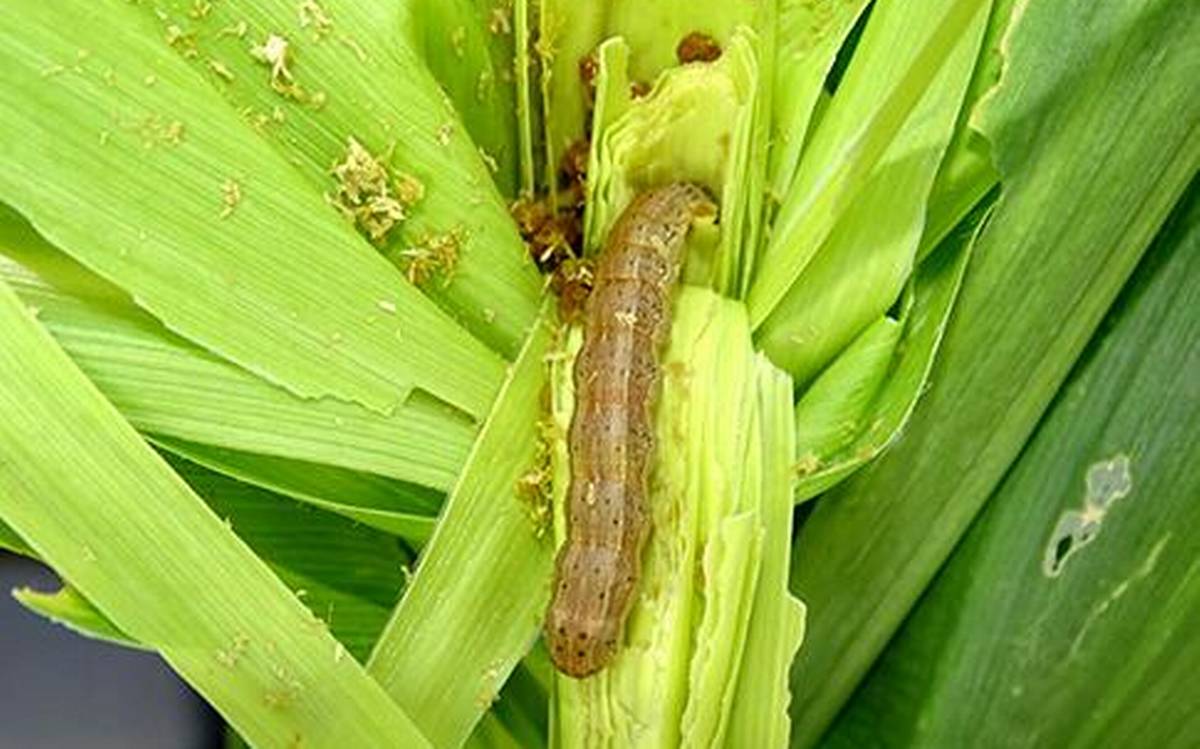 PROSPECTS of a bumper harvest in some parts of Mberengwa have been dented by the outbreak of the army worm which is destroying the maize crop.

Farmers who spoke to NewZimbabwe.com said the leaf-eating worms were first discovered in the area about two weeks ago.

The farmers said the worms were averaging four per plant.

“Last week Thursday, I went to my plot to tender my maize crop, but I was surprised to find the crop infested by the pest.

“After discovering the worms, I consulted the local agricultural extension officer who advised me to buy pesticide.

“Unfortunately, I could not buy the pesticide because I do not have the money to buy the chemicals,” said Locadia Hove, a farmer in the area.

Another farmer, Melusi Moyo said he also found the worms in his maize field last week.

Moyo said he bought carbonyl to contain the worms, but the chemical was not producing the desired results.

“Some people are saying I should try Dimethoate, but the problem is that it very expensive,” said Moyo.

The farmers said they were also facing transport challenges to travel to either Zvishavane or Gwanda to buy chemicals because of strict travel restrictions occasioned by the national lockdown against the spread of Covid-19.

“My son who is based Canada last week sent me some money to buy pesticide, but the challenge is that I cannot access that money because police at roadblocks are demanding clearance letters.

“My anticipated yield this year is going to be reduced by these worms,” said another farmer.

They said due to the challenges, most farmers in the area have resorted to traditional methods of sprinkling ashes on the affected crops.

Zimbabwe is expecting a bumper harvest during this farming season following above normal rains, but agricultural experts warn that if not contained, the pests may derail any prospects for good harvest.